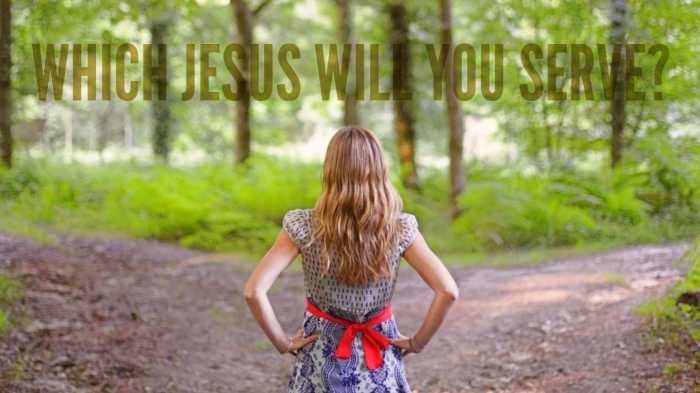 As the crowds gathered before Pilate’s house that morning, he asked them, “Which one do you want me to release to you—Barabbas, or Jesus who is called the Messiah? (Matthew 27:17)

Relate:  Jesus was a very common name. In fact, Josephus, the famous historian of Israel around the time of Christ, records nineteen people with the name between two of his books. Four of those 19 even were high priests.

Some scholars have speculated that it was Jesus Bar Pandira who founded the Essenes. Incidentally, he was considered a “wonder worker” who made a career out of preaching end times prophecy. This Jesus upset the Maccabean king of his time and was hung on a tree on the eve of the Passover.

Then there was Jesus Bar Gamala. He led the peace party inside the besieged city of Jerusalem in 68-69 AD. This Jesus was carrying on negotiations with the leaders of the Idumeans who had the city under siege (those leaders were named James and John the sons of Susa). Unfortunately, the negotiations led nowhere and this Jesus was killed when the city fell.

There was also Jesus Bar Thebuth. He also was in the city when it fell, but this Jesus didn’t die. He actually bought his life. You see this Jesus had the fortune of being a priest. So he stole some of the goods from the temple and used the stolen goods as a bribe to save his own neck.

Jesus Bar Ananias also bears some similarities with the Jesus we know. In 62 AD he gets up in the Temple and starts saying some very disturbing things about the Temple. This upsets the Temple authorities enough that they hand this Jesus over to the Romans. The Romans whip him, declare him a madman, and then let this Jesus go. He could still be seen inside Jerusalem 7 years later during the city shouting out, “Woe to the city and the temple and the people!” It is said that the last time this Jesus shouted this he added, “and woe to me also.” Immediately a stone flung from a ballista scored a direct hit on this unfortunate prophet.

There was another Jesus who was crucified by the Romans in the town of Lydda about 75 years after the Messiah. There is also the Jesus that Paul refers to in his letter to the Colossians. The book Ecclesiasticus was written by a man named Jesus. Even the guy who led the Israelites into the Promised Land shares the same Hebrew name as Jesus. But we call his book “Joshua” to avoid confusion.

As great as all these Jesuses are, there are really two Jesuses that I want to look at here. First, there is Jesus of Nazareth “Bar Abbas”, son of the father, or perhaps “Bar Rabbis”, son of the Rabbi. A legend has grown up around his past that he is frustrated with the cruel oppression of Roman tyranny and desperately wants to do something about it. So this Jesus joins a group of freedom fighters known as the Sicarii. The Sicarii is actually a type of knife that these violent heroes would use. One of their most common tactics would be to hide the knife inside a loose cloak and pull it out in a crowd when assassinating a prominent Roman or one of their Jewish collaborators. Even a high priest inside the Temple was killed in this way. There were 5 or 6 high priests named Jesus but this victim wasn’t one of them.

Barabbas quickly rose in rank and popularity among the Sicarii. Unfortunately, his fame or notoriety made it more difficult for him to hide, and also his pursuers were more diligent and motivated in capturing him. He finally was caught and, along with two of his compatriots, this Jesus was scheduled to be crucified shortly before the Passover.

There was also Jesus of Nazareth Bar Joseph who grew up in the same town around the same time. The two possibly even knew each other as kids. Both were stirred to action by the evil they saw in the world and both also were gifted in getting others to follow their way of life. But Jesus Christ was offering a different way of living. He fought injustice through generosity and love. His message wasn’t just one of “roll over and take it” as some misinterpret it, but rather a creative, loving form of civil nonresistance.

In its own way, Jesus the Christ was just as dangerous, if not far more, to both Jewish and Roman authority. He also was captured and handed over to the Roman authorities. Pilate, while not really knowing what to make of him wants to release him. The problem is, the Jewish people are very contentious, especially during their festivals, and he fears that he might have no choice but to sacrifice this innocent man in order to avoid a riot.

Knowing that the Sicarii are hated and feared by the same Jewish authorities who have handed over Jesus the Christ he hatches a plan that he feels will force them to back down from such an indignant attitude. He throws before them an option. “I’m going to release to you a Jesus. (Jesus literally means savior or deliverer) Which ‘deliverer’ do you want? Jesus Bar Abbas, or Jesus Bar Joseph?”

There are two things Pilate did reckon with in offering up this choice. First, the leader’s jealousy and hatred of the Christ was far stronger than their fear of a potential threat to their safety and possessions. The second, although the authorities might fear the Sicarii, the common man adored them. They were not terrorists to most of the people celebrating the Passover, a feast remembering the Israelites deliverance from another oppressor at another time. They were heroes. The crowd chose deliverance from tyranny and oppression through violence, and war, and power. And in making that choice, deliverance through love and generosity and forgiveness was hung out to dry.

Dear Jesus,
You are the only one I want to serve. There are plenty of other things in this world, in my life, that vie for my attention and clamor for my allegiance. Help me to stay focused on You. Help me to stay following You. Only You can make me whole.
Amen

The River Walk is a devotional created by Two Rivers Church. To visit or to watch a message online, please click here.
To read previous years devotionals taken from the February 12th please click below:

2 thoughts on “Which Jesus?”