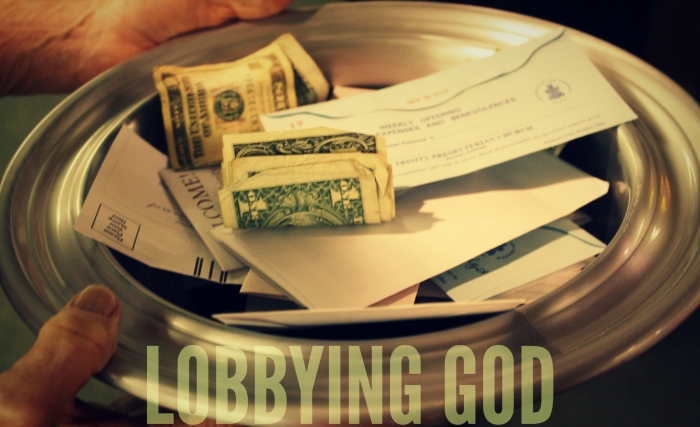 He also hoped that Paul would bribe him, so he sent for him quite often and talked with him. (Acts 24:26)

Relate: Back in the early days of the Roman Empire (as contrasted with the Roman Republic which Julius and Octavian effectively put an end to), things were a bit more honest. Felix wanted a bribe, so he kept Paul in jail but frequently talked with the man giving him apple opportunity to offer it. It was basically, “You’re in prison. When you pay me, I’ll let you out.” Paul never did. As a result Felix left Paul there in prison for the next guy as a “favor” to the Jews. I wonder how much they were paying him.

It is easy for us to to sit back and act all smug about how these “barbaric” cultures in the past ran on bribes. Some in the first world might even bring up the fact that, shock and horror, many other countries in our world today still are dependent on bribes for the bureaucracy to run smoothly. Let’s be honest here. The USA spends more each year on bribes than many countries economies spend on everything combined. We just don’t call it bribes anymore. Lobbying is a much more sanitized word. And obviously it works. There wouldn’t be over 3 billion dollars a year spent by certain interests to make sure certain politicians voted they way they wanted them to if it wasn’t working. Rich people and successful businesses didn’t get where they are by making stupid investments. It should come as no surprise that in the last three USA presidential elections (at least) the candidate who raised and spent the most won. Bribes work.

React: I don’t think I would ever be so crass as to say that I am trying to bribe God. I am far more civilized than that. But am I treating the tithes and offerings that I give to Him as a form of lobbying? Do I grab hold of verses like Malachi 3:10 and Luke 6:38 and think , “Since I am giving You Your tithe and my offering, this is what I would like…” God forbid. Let the tithe be an act of obedience and my offering be an act of love and gratitude for all He has done for me. God doesn’t look nearly as favorably on bribes as did Felix and as do the Dems and the GOP today (or the AKP, CHP, MHP, and DSP here in Turkey).

God, all that I am is already Yours. All that I have belongs to You. Help me to not cling too tightly to the things of this world. Help me to not treasure my possessions more than my relationships. When I give back to You of my time, treasure, and talent, help me avoid thinking of it as an investment. Help me to not think of giving as a “this for that” exchange. I give to You everything because You alone are worthy to receive it. I love You Lord. Let everything I might give be only a demonstration of that truth.