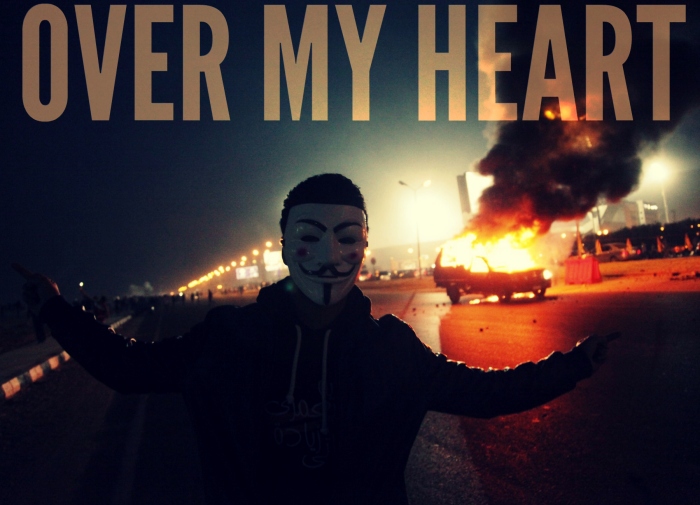 In this way, Aaron will carry the names of the tribes of Israel on the sacred chest piece over his heart when he goes into the Holy Place. This will be a continual reminder that he represents the people when he comes before the Lord. (Exodus 28:29)

Relate: I’m flipping over to the AP news wire to see what has been happening lately…

1:30 AM: A 25 year old man lost control of his car near Milwaukee and drove it into a ditch. Almost immediately after this, another car pulled up, shot and killed the driver and shot, injuring the individual on the passenger side. No news at that time how serious those injuries.

In an effort to break up protests that have been going on for two days in Dhiba, Tunisia, police fired tear gas and bullets into the crowd. Official reports list “one dead and many injured.”

Late Saturday evening in southwestern Guatemala Fuego volcano (“fuego” meaning fire, very appropriate) erupted ash 5,000 meters into the sky, blanketing towns as far as 40 kilometers away and interrupting air traffic from that moment to this. No news yet as to any related deaths or the total damage being done.

Off the coast of Australia, a 41 year old Japanese man was attacked by a shark while surfing. His friends managed to get him, what was left of him, to shore but the injuries proved to great and he has passed away. This is the second such attack in as many days.

22 people died as soccer enthusiasm turned into stampede, turned into riot near Cairo, Egypt. Rioters used fireworks to set cars on fire, adding to the chaos and confusion and making it that much more difficult for authorities to get control of the situation and coming to the aid of the injured. On the flip side, some witnesses say it was the police, firing into the pressing crowd, that set off the stampeding and rioting in the first place. Police not using restraint? That never happens.

In the past hour more than 150 children here in the United States have been murdered by so called doctors, at the request of the children’s mothers and with tacit approval of our government. The method used to commit these murders can be called nothing less than death by torture.

Relate: Aaron is to carry the names of Israel over his heart as a reminder that he stands between them and God as an intercessor. His primary responsibility as a priest is to bring them to God and to bring God to them. As a Christian, I am a part of a holy priesthood. Whose names do I carry over my heart? Similar stories to the ones I have picked today could be repeated on any given day. To be honest, this would be considered a slow news day compared to most. Insurrection, unrest, murder, tragedy, false religion… I could probably pick five different stories an hour from now and another five the hour after that. This world desperately needs God and I find myself focused on the narrow confines of the easy environment around me. Just as the threat of blizzard make me want to stay inside, so does knowledge of the tragedy in our world make me want to stay here. But I have a responsibility to go out. I have work to do. We have a responsibility before God to go out. We can do that through our prayer. We can do that through our giving. We can do that through stepping out that door and going. How many of us have been shirking our God given responsibility? God, forgive me.

God, please expand my horizons. Help me to have a greater vision and a stronger passion for those You love. Help me to be obedient to Your calling. Make me an intercessor in prayer and deed. As I come before You, help me to carry Your world on my heart.

6 thoughts on “Over My Heart”