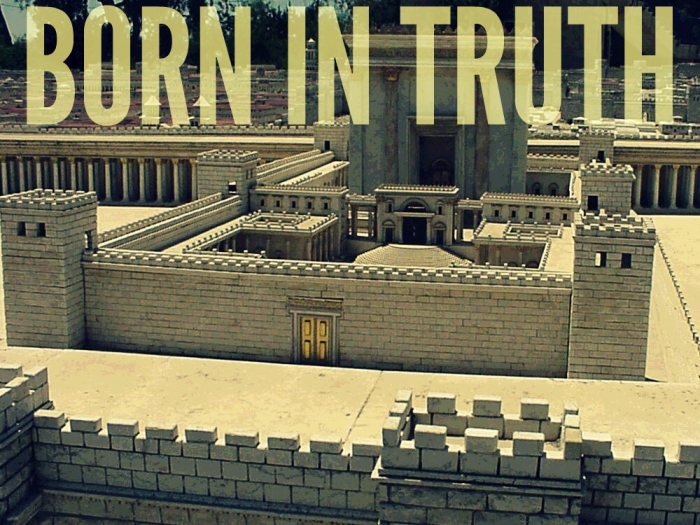 Pilate said, “So you are a king?”
Jesus responded, “You say I am a king. Actually, I was born and came into the world to testify to the truth. All who love the truth recognize that what I say is true.” (John 18:37)

Relate:I’ve begun reading a book on the beginnings of Christianity by an author who clearly designates himself as a non-christian whose goal is to look at the causes for the rise of Christianity without having to deal with all the nonsense of the miraculous. His first chapter is supposedly a defense of why we need more atheists or people of other faiths to become New Testament scholars. He talks about how a lot of the primary debate has been on things like whether or not the resurrection and the virgin birth truly did happen. He claims that most of the more, what he calls “legitimate”, scholars do not believe in such events as history but rather as metaphor. The very fact that discussion of such miraculous events even among these “legitimate” scholars is central to their understanding of Christianity shows the bias of their Christian upbringing. He goes on to refer to a certain symposium of New Testament scholars that, gasp, had the audacity of pray at the start of their meeting. How insensitive such an action must be to that small minority who were studying the Bible in hopes of disproving its veracity.

Needless to say, I wasn’t very convinced by his arguments on that chapter. That is too bad because once he actually gets into studying the history he seems to be doing real good. Trying to study Jesus while openly denying not just the possibility of the miraculous but its importance on Christianity seems to me a bit like trying to read a history of the civil rights movement from a die hard, card carrying member of the Klu Klux Klan. Yes, the perspective might be unique, but just because something is unique does not make it valid.

React: Truth is truth no matter what you or I believe about it. I posted a while back about the need to be willing to listen and truly understand others viewpoints and perspectives about Jesus. While I do truly believe that every opinion does have a right to be heard and to enter into the dialogue, that does not make every viewpoint equally valid. What matters is not what you believe to be truth or what I believe to be truth. Reality is what matters. Truth matters. Our understanding of truth all varies but the reality stands no matter where our opinions lie. Jesus is reality. Jesus is truth. We cannot truly say we are searching for truth if we refuse to acknowledge Him.

My thoughts and views and opinions and even what I understand to be true is so incomplete. It is so inaccurate. It shifts and changes so easily. God, I am so glad that there is a bedrock of truth that never changes no matter how much our understandings are divergent. You are truth. You are reality. Help me to know more and more of You both intellectually and with an understanding that goes deeper than belief. Help me to trust in Your unchanging, ever faithful, truth. You are the only reality that matters. All the rest is just noise.

2 thoughts on “Born In Truth”