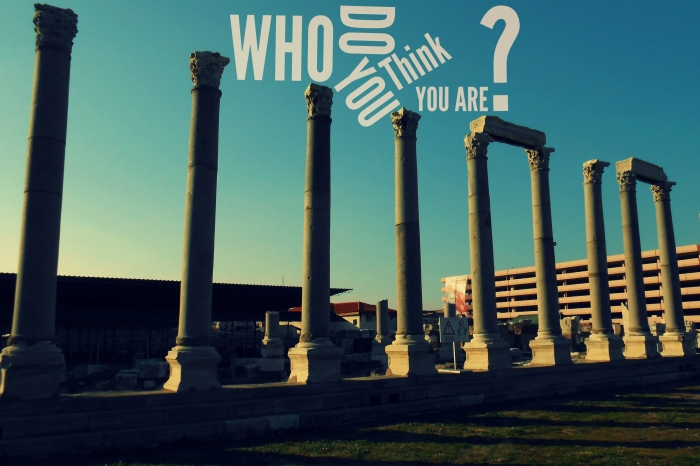 This is what the Lord, the Lord of Heaven’s Armies, said to me: “Confront Shebna, the palace administrator, and give him this message: ‘Who do you think you are?…’ ” (Isaiah 22:15-16)

Relate: When we first read of a man named Saul in the Bible, he is a bit player. Our introduction to him is as a lackey who is sent out on a mission to find some missing donkeys. Now, I wouldn’t even begin to consider myself an expert on country life but I’m pretty sure that donkeys are neither fast nor sneaky. Sheep are famous for wandering off. I might be wrong, but I think this is the only time in the Bible a group of donkeys get lost. So Saul’s should have been a pretty easy one… but he couldn’t do it. Not only is he unable to find the donkeys. Not only does he have to go to Samuel for help, but while he was gone, the donkeys manage to wander back home all on their own. This is the guy who becomes the first king of Israel.

He might have started from humble beginnings but once Saul became king, all humility went right out the window. Once he was in a position of power, he abused that power. So God had to call on Samuel to confront him with a “Who do you think you are?” type message. Then Samuel had to go out and anoint someone new. God wanted someone in office who would be faithful.

In Isaiah’s time Shebna had to learn that same lesson the hard way. He started out as palace administrator. He was the kings CFO, chief finance officer, but he was funneling some of that money into building for himself a memorial. He was stealing the kings money for his own glory. He had to be replaced. Not only does Eliakim become the new palace administrator, but Shebna gets demoted to being a secretary. In those days that pretty much means his new job is to record the words and actions of everyone else. Where before he was building a memorial for himself, his new job is to record the words and works of everyone else. He writes a written memorial of other’s glory for posterity.

React: Like David after Saul, and like Eliakim after Shebna, we are nobody’s that God desires to raise up and use to do great things, but in order to raise up something new, the old has to go. In my life that means the old man full of pride has got to be ousted. I’ve tried running things my own way, that’s got to end. I’ve tried being the leading man in my own show. Nobody’s watching. Who did I really think I am?

Dear God,
I long for You to do something new in my life. I long to rise up, but I recognize that for this to happen some things in my life have to go. I recognize that some cleaning in my house is necessary. Please remove those things, the pride, the selfishness, the personal ambition, the sin… that gets in the way of what You want to do in me. Make me new. Be glorified in every area of my life.
Amen

One thought on “September 16 – Who Do You Think You Are?”