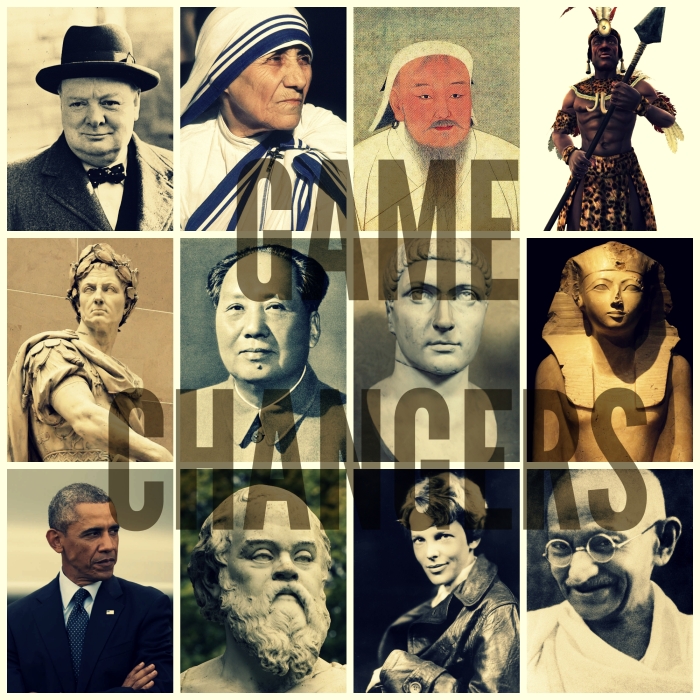 But there is a great difference between Adam’s sin and God’s gracious gift. For the sin of this one man, Adam, brought death to many. But even greater is God’s wonderful grace and his gift of forgiveness to many through this other man, Jesus Christ. (Romans 5:15)

Relate: Karl Marx wrote that history is nothing but the actions of men in pursuit of their ends. I tend to agree. Down through time, the study of history was usually little more than the study of how great men changed and shaped the world around them. In the more recent past, historians have shied away from this approach. Today’s historians will instead focus more on the forces of society. They will look at the “Guns, Germs, and Steel” and say that what we have called great men are nothing more than the product of the inevitable flow of the river of change. Because of the social, cultural, and economic situations in France, someone like Joan of Arc coming on to the scene was destined to happen. Julius Caesar was nothing more than the inevitable outcome of Rome evolving from a republic to an empire thanks to their military prowess, territorial expansion, and the huge influx of money and slaves.

I tend to disagree. Yes, in some ways even the greatest of men are products of their society. Temujin, commonly known as Genghis Khan, could not help but be a Mongol.  Raised by Philip and taught by Aristotle, Alexander the Great was a Macedonian Greek through and through. But Macedonian society did not make an Alexander inevitable. Mongol society most certainly was not headed towards world conquest until Genghis took the helm. If history is the flow of the river of time, great men are the bends in the river. Yes, they are products of that river, but after their appearance on the stage, the river will ever flow in a new direction. For good or bad, whether it is Solomon, Socrates, or Stalin, our world is a different place because of the lives they lived. They are game changers.

React: Without a doubt, the two greatest game changers ever were Adam and Christ. Adam did not just change the direction of the river, he poisoned it. Not only did he introduce death to our world, he made life impossible. He set a precedent that every individual, every family, and every society since has followed. That precedent is called sin. He forever altered our genetic makeup towards a predisposition to sin and each and every one of us since that time has fallen prey to that tendency. We have all sinned. We have all passed from life to death.

Except for one. Even though He was tempted in every way just as we are, only one man was able to stand against the flow. Although we measure time around the presumed year of His birth, it is actually three days over three decades later around which all time flows. Time itself came to a stop and all of history, past and future, held its breath when He who knew no sin became sin for us. He paid the wages all of us earned and was laid in that grave all of us deserve. And then… exhale. He arose. He didn’t just change the game. He created a whole new board and rewrote the rules. He didn’t just change the flow of the river, He created a whole new spring. He purified what had been poisoned. Because of Adam, we must all pass from life to death. Because of Christ, we may also pass through death to life.