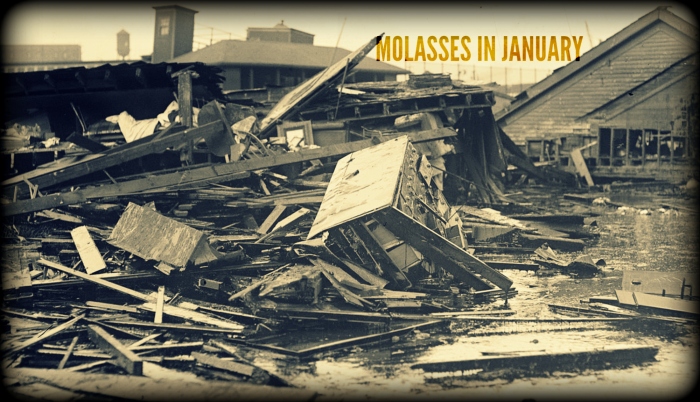 All of us must die eventually. Our lives are like water spilled out on the ground, which cannot be gathered up again. But God does not just sweep life away; instead, he devises ways to bring us back when we have been separated from him. (2 Samuel 14:14)

Relate: A hundred years ago, before the advent of high fructose corn syrup, molasses was the primary food sweetener for Americans. It was also used to make rum and other alcoholic beverages. At the time, however, the biggest use for molasses was to produce ethanol, which was used in weapons manufacturing. Near the end of World War 1, molasses was in high demand. In Boston, the Purity Distilling Company had a large molasses storage vat 50 feet high and 90 feet in diameter. The vat was built quickly and wasn’t able to handle the pressure of all that molasses when temperatures change drastically. After a few days of freezing temperatures, on January 15 it shot up over 40. The molasses in that vat began quickly expanding and some time shortly after noon, the vat burst.

Growing up, when I have been exceptionally slow or lazy my mom would tell me that I am moving “slower than molasses in January”. I wish I knew about the Great Molasses Disaster back then so I could have a great retort. After that vat burst, a tidal wave of this molasses in January flowed through the streets at speeds over 30 miles an hour. A hundred fifty people were injured and 21 were crushed or drowned. Nobody wants to die, but you’re gonna go… what a sweet way to do it.

React: We all die. The woman speaking to David says, “Our lives are like water spilled out on the ground.” In the last of his letters before his death Paul says he is being poured out like a drink offering. Poured out. Spilled out. The first is intentional. It has purpose. The latter is an accident. It comes as a sudden surprise. Every day I have lived in my life is a day that I can never get back. Like water on the ground, I cannot recover it. The question is, did I pour it out or was it spilled out? The day I am living today, the one I will live tomorrow, am I investing it with purpose or am I just accidentally tripping my way through it?

Perhaps the greatest example of a life lived with purpose is Jesus. No, not perhaps, He unquestionably is the greatest example. Everything Jesus did, everything He said, everywhere He went, was for one purpose. All of His healing, all of His teaching, His stories, and actions were all subservient to that one goal. Ultimately Jesus was the way devised to bring back those that were separated from God. The greatest purpose I can have, the best way for my life to be poured out is to believe and accept what He has done… and then emulate it.

Dear God,
Like molasses in January, I pray for Your Spirit to be poured out in my life and my community. I ask that You would come like a flood. Let a wave of Your presence crash through our mundane lives in such a way that those around cannot not notice. I pray that You would become the subject of conversation wherever two people gather. Help me to invest my life towards this purpose with every day that is poured out. I’m Your’s Lord, use me as You will.
Amen