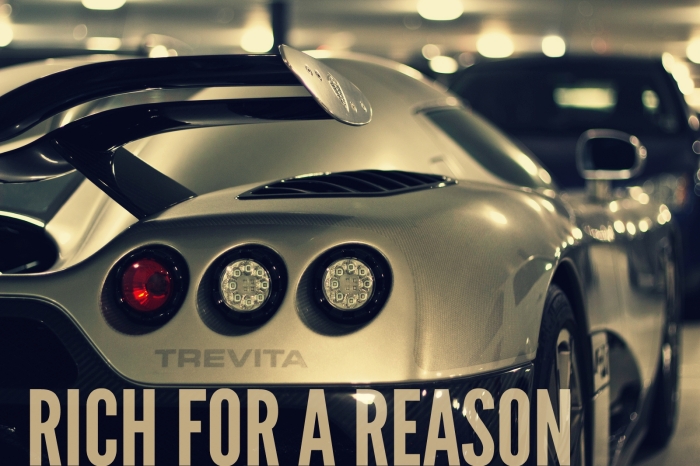 Yes, you will be enriched in every way so that you can always be generous. And when we take your gifts to those who need them, they will thank God. (2 Corinthians 9:11)

Relate: Take all the money I have made this year. Add a few zeros to the end. Then double it a few times. I will almost have enough money to buy that car pictured above. Almost. The Koenigsegg Trevita has supposedly been rated the most expensive street-legal car on the market for 2015. In addition to all the other specifications that go into the making of ridiculously expensive cars, like 1,000+ horsepower, this car is painted with diamonds. No, I’m serious. Apparently, they have mixed diamond dust into the paint that makes this car’s outer coat. On the one hand, it must be pretty tough to put a scratch on this car. But if you do… imagine the cost for a retouch. 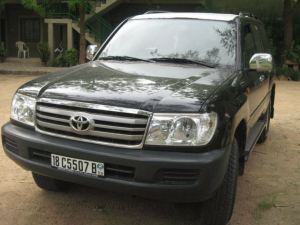 The car to the right might not have diamond dust paint but it is still quite rugged. This Land Rover might not have a thousand horsepower engine, but it will be traveling on roads that most vehicles would avoid like the plague. It isn’t made to sit in showrooms and climate-controlled garages. This Land Rover will cross rugged terrain in the backcountry of Chad, Africa. It might not carry the sort of price tag the Trevita demands but the stories of how this car was purchased are almost as impossible to believe.

Students in New Hampshire and Maine and Vermont sacrificed their allowances to buy this Rover. They served spaghetti dinners, joined bowl-a-thons, held bake sales and sold candy to raise the money they would never use, to buy a car for people they would never meet so that the gospel could be brought to those that otherwise would never have heard. Most of these students wouldn’t even begin to imagine themselves as rich but compared to their counterparts in Chad, they are wealthy beyond measure. The thing is, these students have learned a truth the owners of those three Trevitas still don’t get. They are rich for a reason.

React: I wouldn’t consider myself rich by worldly standards. Yes, I have luxuries. I have electricity that works for at least twenty-three hours a day. I have water coming out of my faucets that is almost completely clear. I am blessed with friends and health that are both far more valuable than a fat bank account. I have far more outfits than I can wear in a week. I have more shoes than I could wear at once and it has been quite a while since the last time I have found a scorpion hiding underneath one of those pair.

The question is, what am I doing with the blessings God has given me? He hasn’t made me rich just so that I can live a life of comfort and ease. He hasn’t made me wealthy so I can buy expensive stuff that I might be more entertained in my boredom. Nothing God has given me is exclusively for me. He has made me rich in every way so that I can be a blessing on all occasions. Am I being a blessing? Or am I, like that Trevita, just filling my life with amenities that aren’t serving any true purpose or reaching their true potential?

6 thoughts on “Rich For A Reason”