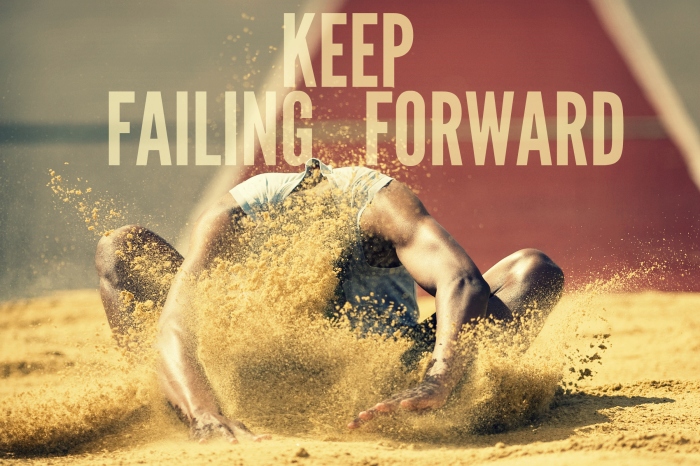 Therefore, since God in his mercy has given us this new way, we never give up… You see, we don’t go around preaching about ourselves. We preach that Jesus Christ is Lord, and we ourselves are your servants for Jesus’ sake. For God, who said, “Let there be light in the darkness,” has made this light shine in our hearts so we could know the glory of God that is seen in the face of Jesus Christ.(2 Corinthians 4:1, 5-6)

Relate: “I have not failed. I have just found ten thousand ways that do not work.” That was what Thomas Edison said about the lightbulb. If you aren’t familiar with the story, here:

The last line of that cute poem is, “All thanks to Thomas Edison”. What about the other guys? Edison did not try ten thousand different types of filament all by himself. Menlo Park was actually a team of inventors and tinkerers and as great as he was, Edison’s greatest gifts were actually in collecting and managing that team as well as PR. Edison was a brilliant PR guy and as a result, nobody knows the names of the rest of his team. He gets all the glory.

What would it be like to have been a part of the team that invented the lightbulb? You work day after day after day trying all these different types of wood and fur and… pretty much anything else you think might glow. Hours on end for days without counting you fail and you fail and you fail. Best yet, you have been around the block enough to know that even if they ever finally manage to get it right (which was no certain thing), the guy managing the clocks, not the rest of us punching them will end up with all the praise. How do you keep pushing forward in such a situation?

React: In thirty-two years of missions work, David Livingstone only saw one convert. Prior to meeting that one reporter’s and the now famous quote, “David Livingstone I presume” he was working away for decades in complete obscurity. Adoniram Judson toiled away for six years before he saw his first convert. William Carey went seven. Perhaps a better example would be William Leslie. He is not nearly as famous as these others. Leslie moved to the Congo in 1893 and served God in various ways. In 1912 he began working in one area where he would serve for the next seventeen years before his health finally forced him to return to the states where he would die nine years later still believing he was a failure. Eighty four years after he left, other missionaries flew into that remote area only to discover a large and thriving network of churches in this community almost completely cut off from the outside world. Long after he had gone and even the locals forgot his name, what he had worked toward continued to grow and thrive.

Whether it is a Jersey suburb like Menlo Park or the jungles of Africa or South America, God has given each of us a task. That task is to change the world. As great as we might think we are, that task is bigger than we us. We can’t do it. Contrary to the popular cliche, God will always give us more than we can handle. But that is OK. Our job isn’t to handle. Our job is to never give up. He will take care of the “handling.” So let us keep faithfully failing forward right up to our last heart beat. If we do so, no matter how many times we and the world think we have failed, the only voice that matters will say, “Well done.”