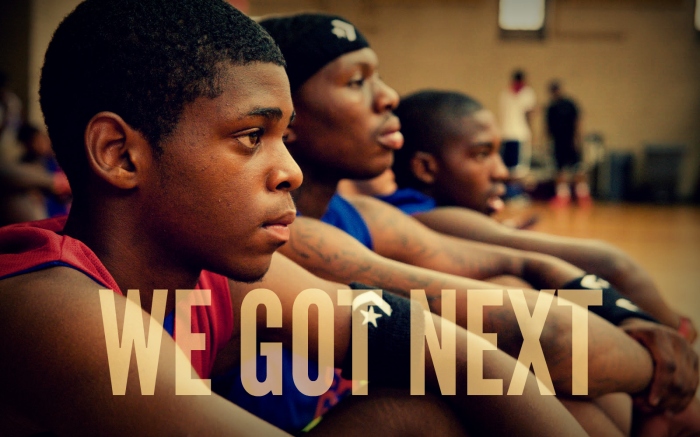 When I read the last verse in Numbers 33, that phrase immediately jumped out at me. “We got next.” There was no wondering where or why the thought just popped up. Aaron died. Moses is getting quite up there in years and in a short time, he too will be stepping off the stage. The greatest single human figure in Jewish history is soon exiting the stage. The first and most famous of their high priests has just done so. How do you replace men like these? How do you walk in the shadows of giants?

The answer, of course, is to become giants in your own right. Where two had gone, three were more than ready to step up to the plate. Eleazar had already proven himself in the slaying of Zimri and Cozbi. Caleb had already scouted out the land, saw the enemies strength and knew it was nothing compared to the power of God. Joshua has served as Moses’s apprentice for years and will soon be leading the children of Israel into the promised land. These three men were ready to step up. They had already proven that “They got next” and were worthy to step in the game.

React: To the younger readers out there, do you got next? There will come a point, and it might end up being sooner than you think, where you will step into those leadership roles. God will tap you on the shoulder and say, “Your turn.” Are you ready? What are you doing to prepare yourself for that moment? In what ways are you proving yourself better than the rest of the field even in “lesser” servant positions now? Are you walking around proving you are not ready by holding on to a false sense of entitlement while griping and complaining that nobody gives you a chance? Or have you simply said, “We got next” and then done what you can with what you have right here and now?

To the older readers out there, what will happen when you are gone? Who are you mentoring? There will come a point, and it might come sooner than you think, where you will step aside from those leadership roles? Have you raised up the next generation to reach their generation for Christ? How well have you done in reaching yours? Could it be that your greatest legacy are the individuals who will follow in your footsteps? Will anyone follow? I would like to think that I still have plenty of years ahead of me but my own father was only four years older than I am when God brought him home. I am his legacy, who is mine? Are they ready? How can I get them there?

Dear God,
As long as there is breath in my lungs, help me to be actively and passionately about winning my generation for You. But help me also to realize that there will come a moment when I exhale for the final time. You have not called me to a place and a time that is not forever. When I finally go home, who will step up? Help me to be actively about raising up a new generation of young men and women who will say, “We Got Next”. Oh Lord, the harvest is plentiful but the workers… we need more.

7 thoughts on “We Got Next”