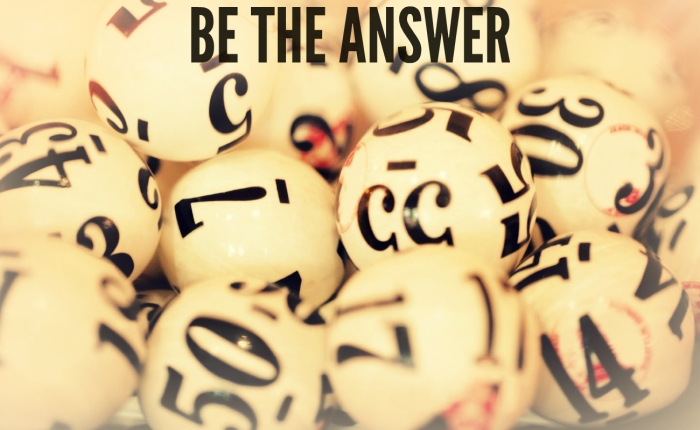 May the Lord, the God of Israel, under whose wings you have come to take refuge, reward you fully for what you have done. (Ruth 2:12)

Relate: There was a small town pastor of a small country church that had fallen on some hard times. There were good things happening at his church but everyone in his town was incredibly poor and their faithful tithing just never seemed to be enough to pay the bills. The church was in debt but not horribly so. It seemed like they were always just one half step ahead of the bankers and creditors. They were limping by but this pastor wanted so much more. He thought about all the things they could do if only the church could get a bit ahead on their finances.

One late afternoon this pastor started daydreaming about all the things that could happen if they had unlimited resources. Almost as clear as day, he thought he heard God saying, “If you ask for it, you will receive it.” Immediately the pastor said, “God, let me win the lotto.” Right away he thought to himself, that wasn’t the way he should have phrased it, but he did believe he had heard something from God and he wrapped himself around that prayer. Like the persistent widow in Jesus’s story, he continued to pray that short prayer fully believing God to answer. Days went by. He continued to pray but so far, he was no winner. Weeks went by. Months… years passed by and still this pastor had not won the lottery. Finally, one day this pastor was praying again, a little frustrated and he said to God, “I believe You told me that if I ask for it I will receive it. You know my motives. It is for Your Kingdom that I asked, and continue to ask, not so I can get rich. So why have You not answered?” As clear as he had heard the first word, this pastor felt God was answering him: “I’ve been waiting for you to go buy a lottery ticket.”

React: Now please, nobody go out and buy a lotto ticket. That isn’t what this very fictional story was about. It was just what came to my mind as I was reading this story of Ruth and Boaz this morning. Boaz is meeting Ruth for the first time. He tells her that he has heard how she has been such a blessing to Naomi. Then he says, “May the Lord, the God of Israel, under whose wings you have come to take refuge, reward you fully for what you have done.” When I read this, I asked myself if Boaz had any idea at this point that he was going to be the answer to his own prayer.

How often have I become the answer to my own prayer. The biggest and first response to that would be the reason I have moved to Turkey. But how often have I prayed, “God help ____” and He has responded, “You have the resources. Do it.” How often have I turned and said, “God send someone else to help ____” Are you there with me? Prayer is far and away the greatest tool we have in our arsenal for advancing the Kingdom of God. It is like calling in a modern day air force for support when the enemy still limps by with WWII rejects. It gets the job done. But that air force only paves the way. God is still calling for boots on the ground to go in and occupy the land. Will I be obedient to go? Will you? Pray. We should pray with faith bigger than our imagination. But when we get up from our knees, we also need to go.

God, stretch my faith. Give me a vision for more. Give me a desire for greater. Help me to be persistent in my prayers in asking for You to do greater things than I can possibly imagine. Then give me courage. Help me to walk out those prayers. Help me to occupy where You have paved the way. Help me to live as the answer to what I have asked. Let me be active in seeing Your Kingdom come on earth as it is in heaven. Amen.