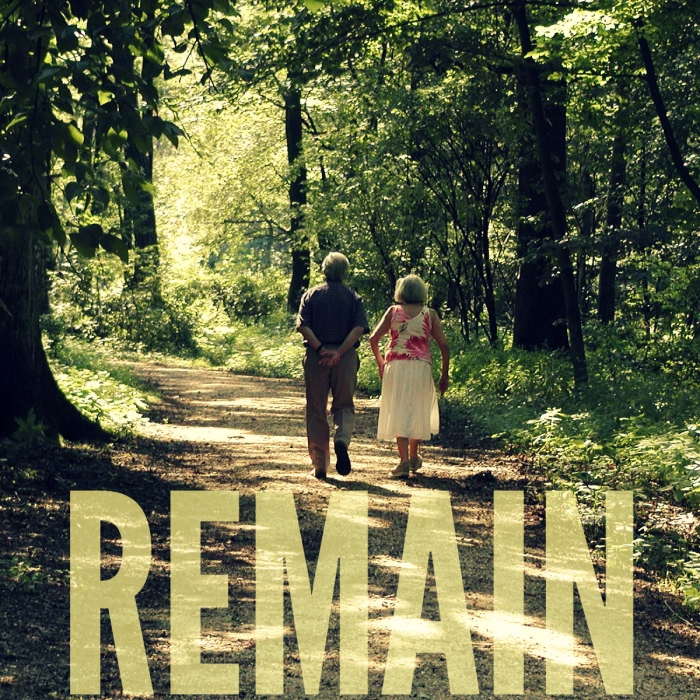 I have loved you even as the Father has loved me. Remain in my love. When you obey my commandments, you remain in my love, just as I obey my Father’s commandments and remain in his love. I have told you these things so that you will be filled with my joy. Yes, your joy will overflow! (John 15:9-11)

Relate: It was one of those beautiful days that come just as spring begins turning into summer. I didn’t have to be at work until later in the day and my plan was to lounge around the house reading, but it was just too nice to stay inside. There are plenty of benches and picnic tables at the local park just blocks away and I decided to avail myself of one of those so I grabbed a book and headed out.

At the far end of the park there was a class of kids playing but on my end there was only an older couple walking around. This older couple was probably in their mid seventies or so. Their age made what I saw so beautifully surprising. Most of the time they were walking hand in hand but at one point she let go and started walking a bit ahead. This older man got an evil grin on his face. He reached over, and pinched his wife right on the butt. She yelped and turned around with this stern look on her face, but then she reached over, grabbed him by the back of the neck and pulled him into a passionate kiss. Both book and jaw dropped.

By the time you get to the second chapter of the book of Hosea, the prophet’s wife had born him three children. Actually, she bore Hosea one child. The other two were illegitimate. She had gone from sleeping around on him to outright leaving him and going back to being a prostitute. As bad as being cuckolded would be in our time and culture, in Hosea’s time it was a hundred times more so. So what does Hosea say, “I am going to win her back. I will take her out into the wilderness and whisper sweet nothings in her ear. I will lavish her with gifts and she will give herself to me there as she did when she was young.” (Hosea 2:14-16)

In the book of Revelation the angel has a message for John to give to the church at Ephesus. He compliments them for their steady faithfulness. They have remained doctrinally pure and endured hard times faithfully. Still he has a complaint. They have lost their first love. Their love for God isn’t very… passionate. The angel, however, offers a cure. Do the things you did at first. Actually, the word used is ergon which is almost always is translated as “deed” or “work”. It refers to a required job or task that needs to be accomplished.

React: I’m sure part of Hosea didn’t really “want” to take his unfaithful wife on a weekend getaway into the woods to win her back. It was a chore. God called him to love her and to keep loving her no matter how unfaithful she was. Obedience to God cost him his reputation and the respect of his peers. Yet he did it. He won her love. Then, he won her love again. The church at Ephesus probably didn’t want to do those “tasks” they did at first. If they did, the angel probably would have used a different word than “chore” to describe those works, but to win back their love, they had to do the work. I certainly didn’t want to see an old couple making out in public. Wait, that’s a different story. The thing is, they’re still doing the things you would expect a teenage couple to be doing. It is no surprise that decades later they are still passionately in love. They’re still doing the things, the works, that got them in love in the first place.

Jesus said, “When you obey me, you remain in my love.” He isn’t saying, “Do what you’re supposed to do and I’ll keep loving you.” It is a proven fact that emotions will follow your actions. If you’re in a bad mood, start smiling. Your attitude will change pretty quick. If your faith seems all dried up, start praising God. It will come back. If you feel far from Him, start doing those things we define as following. You’ll be surprised how quick He’s right there again. If you want to stay in love with God… obey Him.

God, I come to You again. Sometimes I feel like my walk is more of a stutter step then a steady more. I make a few quick steps and then I pause. I get distracted. I am wooed away by the false beauty of so many other things in this world. Forgive me. Help me to keep my gaze on You. Help me to keep my focus on You. Help me to continue to faithfully and steadily keep doing those things that please Your heart. I don’t ever want to be anywhere else except completely and totally in love with You.