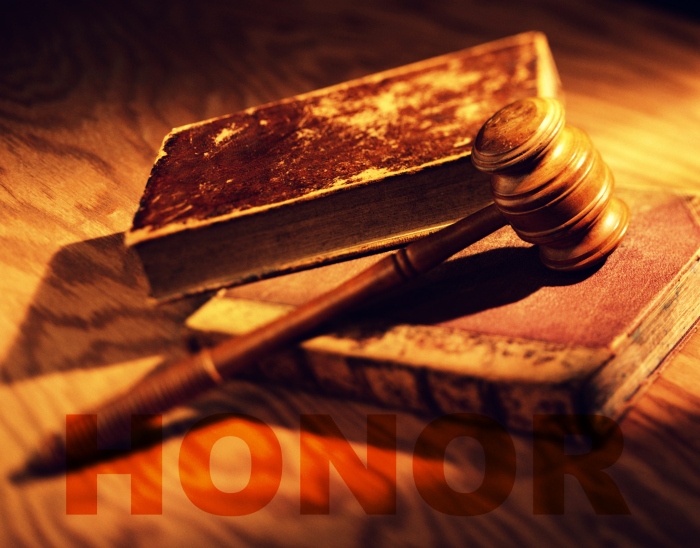 Relate: All over the world, each in their various languages, those who sit in the judges chair are referred to in one of two ways. It is either, “Your honor” or “My Lord”. If I understand it correctly, in the UK, both titles are used depending on whether one is facing a higher court judge or a lower circuit judge. Have you ever wondered, why do we say your honor but my Lord? While browsing through looking up the history of judges, I saw this question on ask.com. Their answer was, “There’s no consistent, ordered linguistic reason for this; honorifics are formulaic and archaic, and reflect the particular milieu of their origin more than anything about the language.”

Piece of advice, don’t ever use ask.com. This isn’t the first time I’ve noticed that one of their answers is clueless. Worse than that, it is just plain wrong. To find the answer isn’t all that hard, just look at what is being addressed. Honor belongs to the judge. It is his and it is my responsibility to recognize it. So I would say, “your honor”. On the other hand “lord” is a position of authority. Lord represents power and authority. I recognize the power of the judge to make a decision regarding my case and I will abide by his decision. I will allow him to “lord” his power over me. Therefore he is my lord.

React: Either way, both honorifics belong to God. Jesus is our Judge, and we have a responsibility not just to honor His decisions but to give honor to Him. It is His already given by the Father and all we are doing is recognizing that truth. He is also our Lord. He has all authority, dominion, and power. He is Lord, but He is also my Lord. I belong to Him. You do too, whether you are willing to admit it or not.

(This song goes way back to the first worship CD I ever purchased. Well, it was actually a casette tape but still… Rather than write out a prayer, just listen and join in with what Ron Kenoly is crying out.)