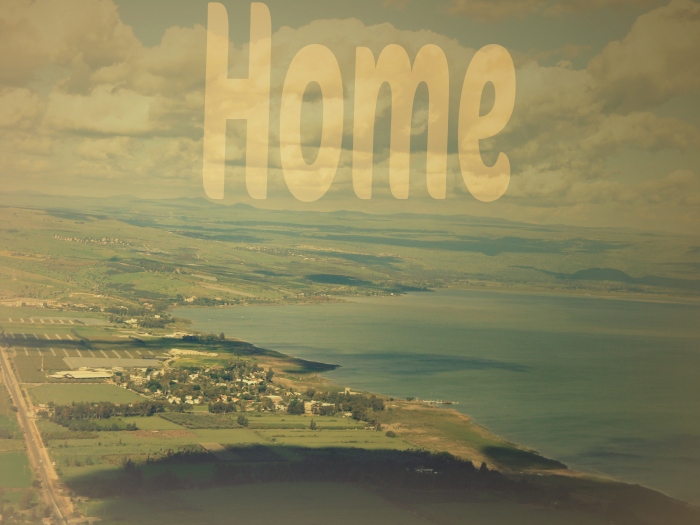 At the end of the two days, Jesus went on to Galilee. He himself had said that a prophet is not honored in his own hometown. Yet the Galileans welcomed him, for they had been in Jerusalem at the Passover celebration and had seen everything he did there. (John 4:43-45)

Relate: Galilee is not a town. If I were speaking in American terms, I would say that it is a bit of a cross between a county and a state. Even that doesn’t rightly cover the idea because there is so much more mobility and transience modern times. Community is just not the same thing and heritage has almost nothing to do with geography. My dad was born and grew up in Hannibal, NY. My mom in Fulton. In that area I can see the house he was raised in, and the houses his cousins lived in. There, just north of the town is an old, old home that was built by my ancestors nearly two hundred years back. Now most of our extended family is scattered to the winds. My dad and my sister are buried in Hannibal, but I probably won’t be. If I were to have kids, they probably wouldn’t be. Every generation has less ties to that place than the one before and most other families that I come know have far less of a geographical heritage than I do.

So it is hard to understand for us what Galilee would have meant to Jesus. Heading back there after being in Judea meant far more than me driving up north of Syracuse to visit those in the family who still live in that area. If I were to walk around Hannibal, or Fulton, or Phoenix, or Granby very few would know who I was and fewer still would care to find out. Jesus was a Galilean. Most of his disciples were Galileans. In his time that meant something. Many in Cana or Capernaum, Nazareth or Bethsaida knew exactly who Jesus was. He was the carpenter’s boy. They knew his daddy and his brothers and sisters. There were probably a few gossips that could tell you stories of His birth and those early years that He spent in Egypt hiding from the law. Those who didn’t directly know Him knew someone who knew Him. They knew that loudmouth disciple of His, Peter. They knew those two hotheads James and his little brother John. They all would have griped more than a time or two of the unjust taxes Matthew collected. Jesus was no stranger. He was coming home.

React: Jesus coming back after the miracles He performed and the preaching He did in Judea made Him even more famous. Local boy has made it big. Did you hear what He did in the Temple? And then he got away with it! He sure showed those big wigs. I bet our Temple tax will be far less next festival. You should have been there down by the river. Even John has been talking about how great Jesus is going to be. But He came back here rather than staying up in Jerusalem. How cool is that?

Every town celebrates heroes who return. At the same time there must also have been some skepticism. Jesus probably had quite a reputation as a do-gooder. After all, He was sinless and that can’t go completely unnoticed in a small community. How would that clash with these stories of Him taking on the priests? And didn’t He just spend a few days with those Samaritan heathens? Would a righteous man do that? I’m sure there was a lot of talking going on throughout Galilee and Jesus was at the center of it all. Is He at the center of my conversations today?

God, be the center of my life. Be the center of my talk. I am so grateful that modern media has opened up so many more doors to talk about You lately. From Son of God to Noah to Heaven is For Real and God’s Not Dead, there have been many movies that make it easy to bring you up in conversation. Help me to use these and the many, many opportunities that come up each and every day in my conversations to talk about You. Help me to capitalize on these opportunities. Help me to actively search them out. I love You so deeply. You are so precious to me. Let that truth be obvious through everything I do and say.