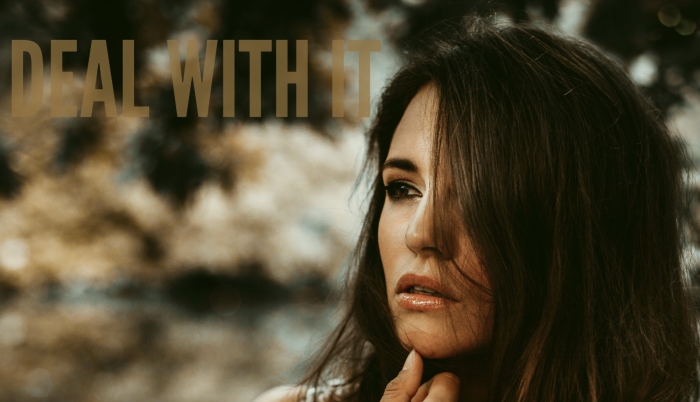 Have mercy on me, O God, because of your unfailing love.
Because of your great compassion, blot out the stain of my sins.
(Psalm 51:1)

Relate: Last night, I was at a friend’s house with a group of others and we were talking about John 4. In this group, we had Muslims, atheists, and Christians, and for many in the group, this would have been the first time they have ever heard the story of the Samaritan woman at the well. In this story, Jesus comes to a well tired and thirsty during the hottest part of the day. A Samaritan woman showed up and Jesus asked her for a drink. Now at this point in history, Samaritans and Israelites got along about as well as Jews and Palestinians do today. Beyond that, men didn’t much care for women back then. So the Samaritan woman was a bit surprised that Jesus would even acknowledge her, let alone ask for help. Anyways, the story goes a bit like this…

The Samaritan woman asks, “You’re a Jew and I’m a Samaritan. Why are you asking me this?”

Jesus responds to her, “If you knew the gift of God and who I was, you would be asking me for living water.”

To this, the woman replies, “You have no bucket and the well is deep. How could you get this water. Do you think you are greater than Jacob (our ancestor, who dug this well)?”

Jesus answers, “Everyone who drinks water from this well will become thirsty again later on. But whoever drinks the water I have to offer will never thirst again. In fact, out of them will flow the water of eternal life.”

The woman says, “Sir, give me this water.”

Jesus answers, “Go get your husband.”

This last command seems an abrupt change in the narrative. As it turns out, the woman has had five failed marriages and is now just shacking up with a dude without even bothering with a ring. This is probably why she was at the well hauling water during the hottest part of the day. She was there when she expected no one else around. Her shame drove her away from society.

In our gathering last night, the question came up, “Why did Jesus ask her to get her husband?” Was he proving he was a prophet and he knew everything? Was a gift as valuable as this living water belong only for heads of households? Did he intentionally want to shame her? I would propose something different. I would propose that he was taking the first step towards giving her what she asked for. She wanted the water of eternal life. The rest of the narrative all flows out of that request and step one is her dealing with her sin.

React: In the same way, David had a sin (or two or three) he needed to deal with. David was up on his roof walking along when he saw this hot lady (Bathsheba) taking a bath in a nearby house down below. David abused his kingly prerogative to summon her and sleep with her. She got pregnant. So David ordered her soldier husband who was away fighting battles to come home. The plan was to cover up who was the father, but the guy didn’t take the bait. So David instead had the poor husband “killed in combat” and then took Bathsheba as his own wife. The prophet Nathan then confronts David about his sin. Finally, after getting caught, David realizes how wrong he has been, and this 51st Psalm is penned as repentance. He wants a restored relationship with God. He wants again those waters of eternal life. But the very first thing he has to do is deal with his sin.

What about us? What about me? Am I living in shame trying to cover up my sin? Am I going to the well at the worst part of the day because avoiding people is easier than facing my shame? Am I wrecking marriages and relationships in a vain hope that nobody will discover what is on my late-night browser history? Hiding from the consequences of our sin seems to be our knee jerk reaction, but it does not work. If we want the waters of life, if we want to have healthy relationships with God and others, then we need to deal with it.

Respond: Have mercy on me, O God, because of your unfailing love. Because of your great compassion, blot out the stain of my sins. Like David, that is the cry of my heart. Forgive me God for my foolish attempts to hide my sin from You and the world. Forgive me for thinking that this is something I can deal with later. Forgive me for ever thinking that this sin is no big deal. It is a big deal. The punishment for my sin resulted in the death of God. There is no bigger deal than that. So even as I revel in the fact that You do delight in showing mercy, and that Your mercy triumphs over judgment, help me to hate my sin. Help me to run from it, and to run to You. You alone are holy. Let me be a reflection of You.
Amen.

5 thoughts on “Deal With It”