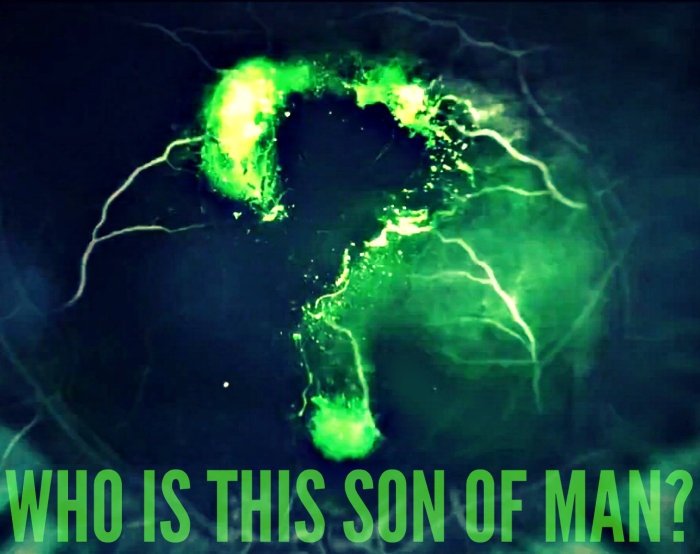 He said this to indicate how he was going to die. The crowd responded, “We understood from Scripture that the Messiah would live forever. How can you say the Son of Man will die? Just who is this Son of Man, anyway?” (John 12:33-34)

Relate: The crowd asked a very important question that is still relevant for us today: ”Just who is this ‘Son of Man’ anyway?” In the Bible, the first use of the phrase ”Son of Man” is found in Ezekiel. Pretty much every time God addresses Ezekiel, he refers to the prophet as “son of man”. Besides Ezekiel, the only other use of the phrase in the Old Testament was by his younger contemporary, Daniel. However, in Daniel we get a very different picture of the Son of Man than as just a prophet. Daniel writes:

As my vision continued that night, I saw one like the Son of Man coming with the clouds of heaven. He approached the Ancient of Days and was led into his presence. He was given authority, honor, and sovereignty over all the nations of the world, so that people of every race and nation and language would obey him. His rule is eternal—it will never end. His kingdom will never be destroyed.

The first book in the New Testament rivals Ezekiel in how frequently the phrase ”Son of Man” is used. The difference is that it was God calling the prophet “son of man” in the Old Testament but now we see Jesus referring to Himself this way in the New. All three of the synoptic gospels, and occasionally in John and Revelation we find Jesus referring to himself as the Son of Man. Does this parallel this Ezekiel’s use? Is he merely claiming the role of a prophet sent to a rebellious Israel? Or does his use more closely parallel Daniel’s? Is He the one who has been given all authority, honor, and sovereignty over the nations of the world?

React: The answer to that question can be found in the theme of Jesus’s message. Everywhere He went, Jesus went announcing that the Kingdom of God has come. He takes Messianic scriptures and applies them to Himself. He demonstrates time and time again that He has power over sickness, death, and demonic authorities. He takes the religious “authority” of the day and tells them over and over again they have it all wrong. By doing so He places Himself in judgment, in authority, over them. His selection of twelve disciples was far more than symbolic. As Jesus Himself says,

I assure you that when the world is made new and the Son of Man sits upon his glorious throne, you who have been my followers will also sit on twelve thrones, judging the twelve tribes of Israel.

Very clearly, Jesus recognized Himself, the Son of Man, as the subject of Daniel’s vision. He sees Himself as the One who has all authority and to whom the whole world must bow in worship. It was the Ancient of Days that had just responded from heaven to Jesus’s prayer. The problem is, despite all the evidence, for all too many in the crowd, the jury was still out. It wasn’t that they needed proof. The proof was everywhere they turned, just as it is for us. The problem was, acknowledging Jesus as this Son of Man would require a response on their part. They would have to bend their knee. They would have to surrender their lives. And like so many today, as much as they wanted to believe, they weren’t ready to accept those implications.

Dear God,
I acknowledge that You are the Son of Man. I recognize that to You belongs all authority, honor, power and glory. I understand that You are deserving of my worship. But sometimes if is hard to get my heart to wrap itself around what my head so clearly sees. It is hard to get these old knees to bend for anyone but myself. Please kill that pride, that greed, and that selfishness in me that wants to live only for me. Do away with that eagerness the sinful part of my life has in living for its own desires. Take my heart and align it to Your will. Let Your kingdom which has come also reign in me. Son of Man, I am completely Yours.
Amen