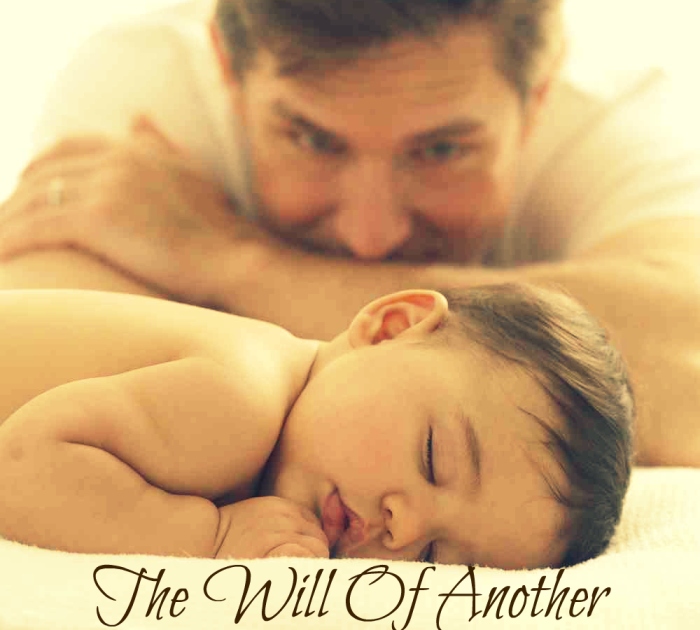 Relate: She has their whole life planned out for them before they are even potty trained. Ambitious? Yes. Big expectations? Yes. Encouraging? Well, that’s one word for it. Realistic? Not so much. Did you ever meet someone like that? Have you ever meet a mother who was like, “This is Joel, the doctor. This is Levi, he’s a lawyer. Oh, and here is Elizabeth. She’s a scientist.” Joel is five, Levi three, and poor Lizzy is still waddling around in a diaper.

Now imagine one of those kids decided his mother’s dreams were his dreams as well. He excelled in school not because he was the smartest student but, because his mother thought he was, he became the hardest worker by far. Of course mom played on the volleyball team and loves those memories so he became a volleyball star as well. Again, he probably wouldn’t have made the team that freshman year except coach loved his work ethic, his drive to impress, so he beat out some of the more athletic kids. Eventually he beat out more talented kids as well to become a starter and eventually a star. He wasn’t top of the class but Joel was close. He did get multiple scholarship offers and he chose the school his mother favored. Again, Joel pushed through pre-med and John Hopkins earning through hard work and grit a spot near the top of his class. He was not just a doctor, he became an eye specialist and his first patient, of course, was mom.

He married a year out of college the woman of his mother’s dreams and they almost immediately started popping out grand-babies. Of course grandma already had names and careers picked out for them. Every action, every motivation, every desire of his life was birthed out of the will of his loving, yet overbearing mother. I say overbearing because a life like this, while sounding great also sounds horrible. Does he have no freedom? Does he have no independence? How could someone live like that?

Now let us imagine that this mom wasn’t necessarily so overbearing. Imagine that very early on she realized what her dreams for poor Joel were doing and she kept them a bit more to herself. Now Joel had to tease them out of her. He had to guess and work and press in to really know her will. Of course her will was the best for her son and as he grew it adapted and changed to match his talents and passions. Let us say she realized early on that he loved basketball and so her will changed and his passion to become the best basketball player he could be. Joel strived for this goal mostly for his mom, who wanted it for him and his benefit. She knew her son so well, she recognized what woman would be the best person for him. So as he found and pursued the wife he believed she would want, it was really the ideal person for him. His passion to follow his mother’s will created for himself the best life he could possibly have.

React: Meet the life of Jesus. Meet also your best possible life. Often we, or at least I, look at God’s will and think, “Why does the Father have to be so overbearing? Why can’t I just do it my own way?” What I don’t realize is that His way is the best way. Yes, I know it intellectually, but often in the heat of the moment I tend to forget this at the gut level. Jesus lived a perfect life because his every word and every action was completely subsumed to the will of the Father. Yes, it led to a short life with a horrible death, but He has also become far and away the greatest, most influential, and most famous person to ever live. The Father’s perfect wisdom led Him down some hard roads but the destination, which did not end at that cross, was definitely worth the journey. Jesus could say with perfect confidence to Philip, “Look at me and you can see the Father” because He so perfectly modeled the Father’s will.

Me? I have this terrible habit of getting off that road every time it gets a bit bumpy. I have this horrible urge to make a little detour every time I think I see greener grass on a different path. Worst of all, I then have this devilish tendency to blame God when I’m lost, turned all around, and stuck in a ditch. His perfect will and my perfect life are beautifully aligned. The problem is, my immediate desire for that which I shouldn’t have all too often gets in the way. I am also not always so eager to dig in and tease out through prayer, meditation and study just exactly what His will for this situation really is. My gut, my conscience, isn’t always right. I haven’t trained my heart well enough to distinguish His voice. God forgive me. Help me to make Your perfect will my greatest passion.

God forgive me. Help me to make Your perfect will my greatest passion. I really do want to do Your will. I really do want to know Your will. The problem is, often I just don’t desire it bad enough. Remove those things from my life, take away those desires which distract me from the will of another. Let me every word and action be completely aligned with Your perfect will. Let Your glory be my heart’s longing.

7 thoughts on “The Will of Another”