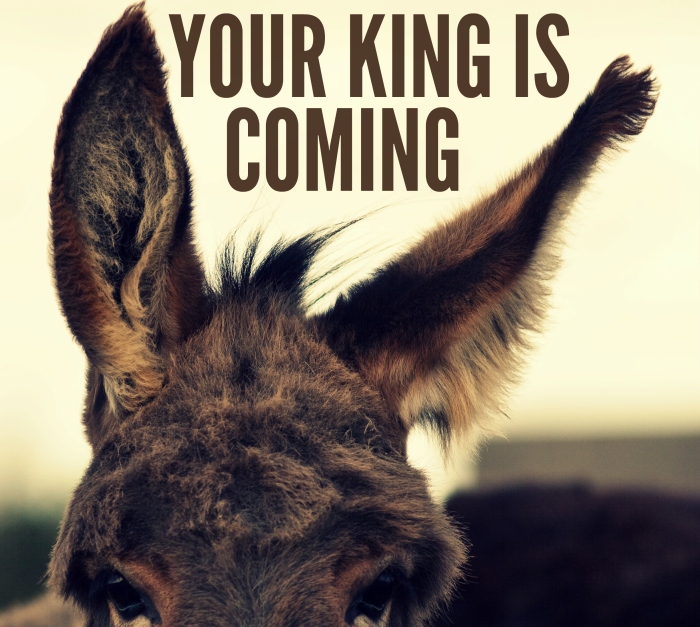 Jesus found a young donkey and rode on it, fulfilling the prophecy that said: “Don’t be afraid, people of Jerusalem.
Look, your King is coming, riding on a donkey’s colt.” (John 12:14-15)

Joseph was hated by his brothers (the children of Israel), captured, and thrown in a hole in the ground. He was then sent into the world (the Hebrew word for Egypt, Mizraim also means worldly or secular). There he was unjustly accused and imprisoned although innocent. Finally he was raised up and through him the entire known world was saved. Joseph was a type of Christ.

The people of Israel rebelled against God in the time of Moses in the desert. God in His justice sent snakes among the people and all those who were bitten by those snakes (sin) began to die. God then commanded Moses to beat some bronze into the shape of a snake and then raise it up on a pole so that everyone could see it. That bronze became their punishment and was lifted up from the earth so that all who looked to it might live. It was a type of Christ.

Joshua met the Captain with unsheathed sword right before entering the promised land. Jacob wrestled with the Lord through the night. Nebuchadnezzar saw the fourth man in the furnace. Isaiah told of the suffering servant yet to come. Ezekiel saw Him as a great cloud and a ceaseless fire. Eve was promised that He would crush Satan’s head, Daniel saw the Son of Man worshiped by all of creation and the final Old Testament prophet, Malachi, promised that the Son of Righteousness would rise with healing in His wings.

Now, the time for promises was done. The day of types, the era of prophesies, the shadow of things not yet seen was over. As promised in Zechariah, “Don’t be afraid, people of Jerusalem. Look, your King is coming, riding on a donkey’s colt.”

Look, your King is coming.

Maranatha! Lord, come quickly. And even as we wait, let us not forget that You also have already come. No matter what life might throw my way, let me never forget that You, the King of Righteousness, the King of Peace are here, and You are victorious.

2 thoughts on “Your King Is Coming”