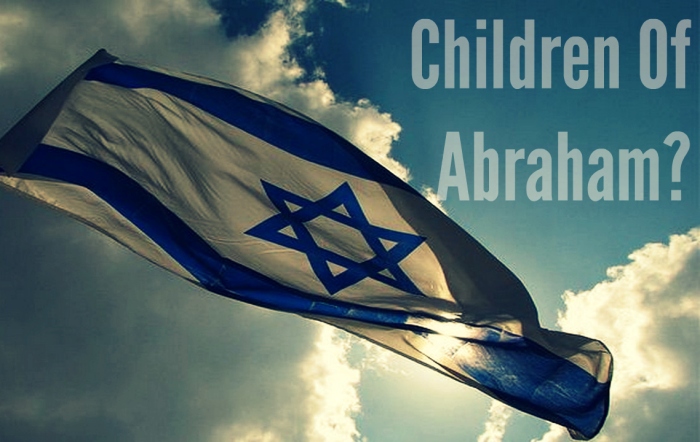 Yes, I realize that you are descendants of Abraham. And yet some of you are trying to kill me because there’s no room in your hearts for my message. I am telling you what I saw when I was with my Father. But you are following the advice of your father.”
“Our father is Abraham!” they declared.
“No,” Jesus replied, “for if you were really the children of Abraham, you would follow his example. Instead, you are trying to kill me because I told you the truth, which I heard from God. Abraham never did such a thing. No, you are imitating your real father.”
They replied, “We aren’t illegitimate children! God himself is our true Father.” (John 8:37-41)

Relate: Do any of you remember this?

I am a child of Abraham. As far as I know my lineage has little to no Jewish ancestry. Although now living in Turkey I was born and raised in America and like most Americans I am a bit of a mongrel. We’ve traced our ancestry down through the years. I have a president in that tree as well as one of the passengers who came over on the Mayflower. We have traced our lineage back to men fighting on both sides of the civil war. Over time that has given a lot of opportunity for many races of immigrants to mingle into my predominantly English heritage, but to my knowledge there isn’t much Jewish blood in my veins. Even still, I am still a child of Abraham.

I worked for years at a college where the Jewish population was a very strong minority. Most of the students loved it because the college took off for all the Jewish holidays and at times it seems like there is another one every other week. It seems like we constantly had a short week for one holiday or another. The thing is, you couldn’t tell most of those who identified as Jews on sight. They looked very… European. It is possible that some of them might have been able to trace their ancestry all the way back to Abraham but even in those cases there was clearly a lot of intermingling along the way. Even when the line traces true, it doesn’t breed pure.

It never did. In Deuteronomy the commandment is given that no one with Moabite ancestry as far as ten generations back was allowed in the Temple. Funny. The very man who built the Temple was himself only four generations removed from a Moabitess. Solomon’s father, the greatest and most famous of Israel’s kings was the great grandson of a Moabite. The first six generations of Israel’s kings should not have been allowed in the Temple if this commandment was ever truly followed. There is no such thing as “pure Jewish blood”, or the pure blood of any other race for that matter no matter what Hitler would have liked to believe.

React: That is what the disconnect between the Pharisees and Jesus was all about. They were fixated on racial heritage when He was talking about belief and lifestyle. If they were truly children of Abraham they would have believed in Jesus. It is the same problem I have with St Patrick’s Day. There is nothing Irish about wearing green, getting drunk and acting the fool. If you truly wanted to honor the life of a man who maintained a missional focus and lived a life of self sacrifice, there are definitely better ways of going about it. It is about lifestyle not bloodline. It always has been so. The true children of Abraham are those who by faith are followers of Jesus.

God, thank You. Thank You for grafting me in to Your family. Thank You for adopting me. I am Your child. I am Abraham’s seed. Give me the faith to walk as he did. Give me the courage to leave my comfort and walk into the unknown. Give me the audacity to hold on to the promise that everyone else has been calling impossible for decades. Give me the surrender that would lay at Your altar even that which I hold dear. Let me always walk as Abraham did. Let every step I take be one of following after You.

13 thoughts on “Children Of Abraham?”