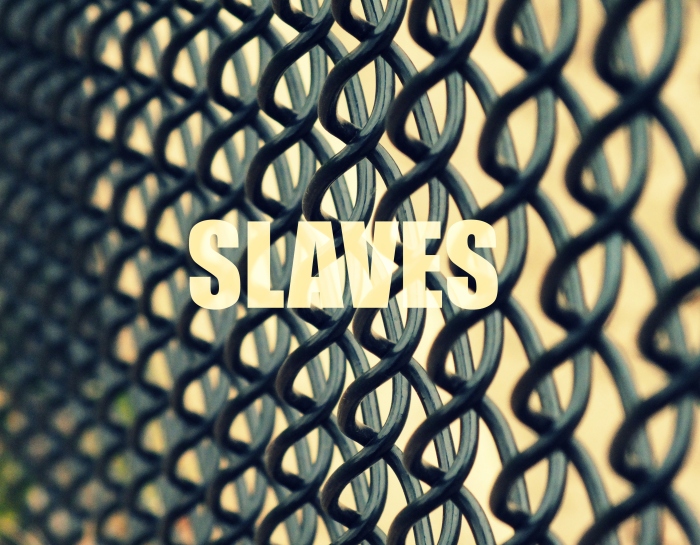 “But we are descendants of Abraham,” they said. “We have never been slaves to anyone. What do you mean, ‘You will be set free’?”
Jesus replied, “I tell you the truth, everyone who sins is a slave of sin.
A slave is not a permanent member of the family, but a son is part of the family forever.” (John 8:33-35)

Relate: How can she be so stupid? The question was not a new one in Michael’s mind. He had mentally asked it time and again as one of his best friends, Ana, fell once again head over heels for another abusive jerk. He had been there time after time to help her pick up the pieces of a shattered relationship, broken hearts and even a few broken bones. Now he was listening as she told about how she was falling for another man who from any objective perspective was best suited to viewing life from behind bars. This would be her fourth such relationship in the past five years. As soon as she escaped from one relationship, she fell right into the next. It was almost as if she needed the abuse. It was almost as if she was a slave to it. How else could anyone explain such terribly poor choice in men?

Caleb sat down in the middle of the busy sidewalk and leaned against the building wall behind him. He folded his hands behind his head to try and stop their shaking. He needed a fix real bad. The track marks on his arms told a story of his fall from grace. Once he had been married. Once he had held down a respectable job and had been closing in fast on that six figure salary. Not he was a vagrant living from shelter to shelter. He had no friends. The only thing he lived for was that next hit and as much as he tried to resist it, there was no escaping the pull. The only question was how he would come up with the money before he grew desperate enough to try something stupid… again.

Sin enslaves but You save. God, help me to never forget that truth. Let me never underestimate the power that sin can have to ensnare. It is so easy to forget in the moment how deep its hook can go. But even more help me never forget that You are freedom. Our sin, our slavery, our addiction is never hopeless. You are greater. Help us to live in the freedom You have provided at the cross. Help us to walk in the freedom that is assured through the empty tomb. You are the God who saves.