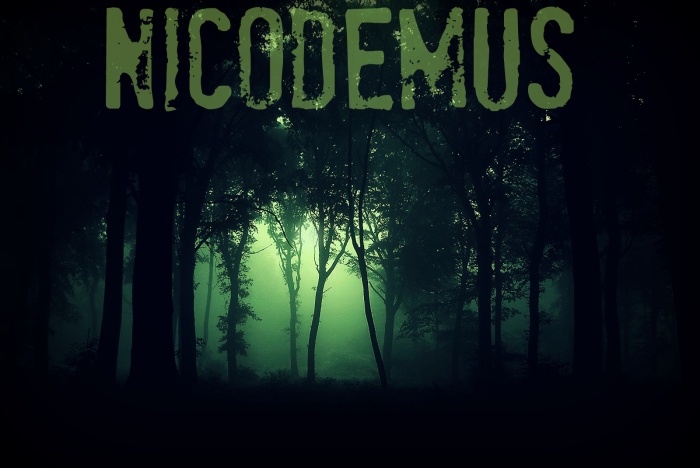 There was a man named Nicodemus, a Jewish religious leader who was a Pharisee. After dark one evening, he came to speak with Jesus. “Rabbi,” he said, “we all know that God has sent you to teach us. Your miraculous signs are evidence that God is with you.” (John 3:1-2)

Relate: I like Nicodemus. He’s my kind of guy. First off, his name is both idealistic and pragmatic at the same time. It means “victory of the people” which shows that his parents (or himself if it is an adopted name) had a zealot streak longing to become free from Roman oppression. Yet Nicodemus is a Greek name (Nike = victory, Demos = people) so they or he recognized that to truly engage the world, there had to be some concessions with a thoroughly Hellenized society beyond and within Israel’s borders. Engage he did. Most believe that the Nicodemus in the gospel of John is the same Nicodemus Ben Gurion in the Talmud who is said to have been wealthy, popular, and a worker of miracles. Beyond that, Nicodemus was a Pharisee and a member of the Sanhedrin. So he would have been well versed in scripture and Jewish politics. The guy is smart, popular, rich, and influential. What’s not to like? He had it all.

React: He had it all and yet he longed for something more. He didn’t have to come to Jesus, but he did. He had a lot of courage to do so. Even coming at night, he risked a lot. When he came to Jesus, he spoke to Him on a level of common ground. Nicodemus was probably used to being called “rabbi” himself. Yet he gives that title to Jesus. As a Pharisee of the Sanhedrin, it is his responsibility to teach others the ways of God. Yet he recognizes that this is Jesus’ mission. If he was the Talmud’s Nicodemus Ben Gurion then he would have been a worker of miracles. Jesus himself acknowledges that some Jews had been healing and casting out demons by the power of God so it is not really that much of a stretch to suppose Nicodemus had done so. This teacher clearly loved and longed for more of God. And that is exactly what he got.

God, I truly do want to know You better. I want to know You more. All to often I come to You seeking a better intellectual understanding. I want to build on all that is already there. But You want to break it down and start all over. You don’t just want to improve my life. You want to give me a whole new one. So I give my life to You. Let me be born again. Do with this mortal coil whatever You chose. I surrender everything I have, everything I’ve accomplished, everything I know to You. For You are so far beyond all of me. Jesus, You are not just God. You are my God. Not just King, You are my King. You are my Lord. You are my Savior. Please save me from me again.