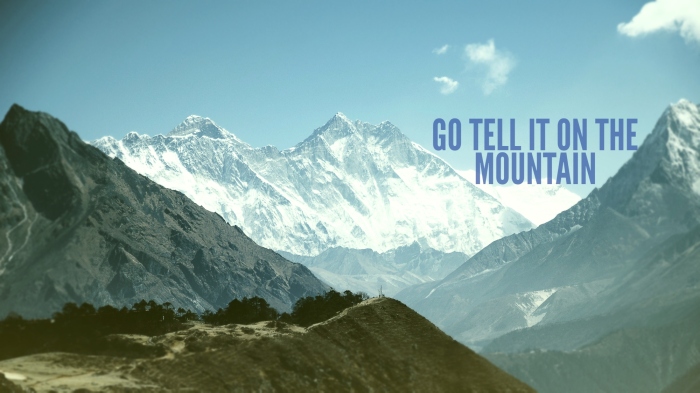 “How goes the work?”

Brother Manuel Marques leaned back in his chair and breathed out a long sigh before answering. Father Andrade was a strict yet kindly mentor, but it was difficult to share your failures with one who had been so successful in a similar situation.

“It struggles. More than half the surviving families fled this autumn before the Mana pass was closed for the winter. The king is dead. He was betrayed by his own brother. Now the Tibetan lamas rule as puppets of the Ladakhis.”

“Those monks certainly have no love for us.”

“Their jealousy has only increased since you have left. You could not believe the suspicion and hatred the Christians face from their Buddhist neighbors.”

“Perhaps I can. With each new family that embraces Christ, the Hindus here hate us all the more. Manuel, my friend, I doubt either one of us will live to become old men.”

“It’s true, and you know it. Our calling is to go and to tell. That calling does not pair well with a comfortable life.”

“But Father Andrade, surely you are secure here. Goa is a well-established mission, and the church here has been growing just as the work in Guge did under your hand.”

Father Antonio de Andrade and Brother Manuel Marques continued their discussion long into the night. Father Andrade considered it a blessing that his friend was able to return. It was a joy that he would be here to celebrate the Christmas season with him. He also mourned the circumstances that allowed such a reunion to take place. Hundreds of Tibetan Christians were dead or in exile as the Buddhists tried to use the civil unrest to stamp out the rapidly growing mission.

Six years before, the two had been the first Europeans to cross into Tibet. There they met and befriended the king of Guge, a small kingdom on the western end of the plateau. That king gave them permission to set about sharing the love of God with his subjects. The work was incredibly successful, but about a year after going, Father Andrade had to leave. His Jesuit superiors recalled him to return and help set the faltering mission in Goa back to rights. They felt his leadership and administrative skills were better suited for this larger field rather than the obscurity of a distant, tiny mountain kingdom.

Brother Marques was the designated leader in his place. Unfortunately, it was not long after Father Andrade’s leaving that trouble came to the young Tibetian Church. Their success fostered jealousy among the Lamas, including the king’s brother. These Lamas invited the neighboring Buddhist Ladakhi kingdom to invade. The king who had granted the Christians freedom was killed. His brother, who betrayed him, was considered too powerful to remain alive, so he was also killed. Some other Lamas were installed as puppet rulers. They instituted a policy of oppression and most of the Christians who were not killed outright fled late this summer south into India. Brother Marques had appointed an elder to lead those who chose to stay. Then he returned to India to continue as the spiritual leader of the majority that had fled. Father Andrade was grateful to see his friend, but his heart did not feel right with Brother Marques’ decision to flee.

“Stay with me for now, but when the pass reopens, you must go back. Christ did not come to this earth to call us to a life of retreat. We must always press forward. From the moment he was born in that manger, our Savior’s life was set on a course leading to the cross. In the same way, He has called us to deny ourselves, take up that cross, and follow Him. To know Christ is to share in the fellowship of his sufferings and to become like Him through martyrdom.

“The people of Guge have a right to be presented with the same truth we have. They need to hear the gospel. We have been trained, equipped, and called to meet that need. I wish I could return with you, but I have those in authority over me commanding me to stay just as I am commanding you to return.”

“Your heart and mine are one in this,” Brother Marques replied. “I will go as I am able, but I do not know how that will be possible. The Ladakhi control the mountain pass. It will be next to impossible to slip past them.”

“If God wills it, He will provide the way,” the Father said. “The love of Christ compels us.”

“The love of Christ compels us.”

The historical record of Father Antonio de Andrade and Brother Manuel Marques is sketchy and somewhat contradictory. We know for certain that they were the first two Europeans to cross into Tibet in 1624. There they befriended the king and established an incredibly successful church. In 1629 Father Andrade returned to Goa and became Father-Superior of the mission there. In 1630 the Tibetian Lamas rebelled against the Christian-friendly king of Goge and invited the Ladakhi kingdom to attack. The growing church suffered grave persecution and, by some accounts, was completely wiped out at this time. In March of 1634, Father Andrade was poisoned and died two weeks later. In 1640 Brother Marques attempted to re-enter the kingdom of Goge in western Tibet. He was caught and captured by a Ladakhi patrol. From there, his fate is unknown. He was never heard from again.

Similar stories can be told down through time in one location after another. When departing their homes to bring the gospel to foreign lands, many missionaries would pack their belongings into coffins. This was a visual reminder of what awaited all too many of them as they departed for Asia, Africa, or the New World.

The experience, in many ways, is much different for modern missionaries than it was centuries past. In other ways, it is just the same. It is impossible to measure the amount of sacrifice those who are sent out by God will experience. There is a cost to the obedient command to follow him and “Go tell it over the hills and everywhere.” Very often, that sacrifice is most strongly felt during the loneliness of the holiday season. I remember listening to a cassette tape made of a Thanksgiving phone call. My aunt had gone to serve God in Japan, and she was calling back to New York during the Thanksgiving family reunion. My dad was just a young boy at the time. You could hear him, as well as many other cousins and aunts and uncles, as the phone was passed around from person to person. The emotions shared as they convey their love and prayers are too poignant for words.

More than five decades later, it is now my turn to be on the far end of those calls. These days there is almost no noticeable delay in the conversation. What is more, with modern technology, we can actually see each other face to face, even if only through the tiny screens of handheld smartphones. God bless the technology that can so beautifully connect us. But it is not the same. In some ways, it only makes the absence and lack of physical connection all the more real.

Do you know someone who is separated this season by oceans and obedience to God’s call? Have you any friends and loved ones who have followed God’s call to go? If it is possible this holiday season, give them a call and let them know they are in your heart. Be present in their lives even if they are not going to be under your roof anytime soon. Even if this is not possible, please do support them, support us, through prayer and giving. We need both, most notably the former. And who knows, God willing, perhaps you might be the next one He calls to go tell it on the mountain, over the hills, or across the oceans.