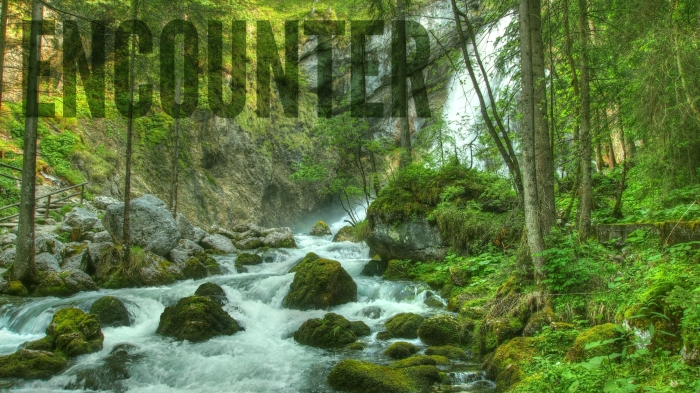 “Your name will no longer be Jacob,” the man told him. “From now on you will be called Israel, because you have fought with God and with men and have won.”
(Genesis 32:28)

Relate: The picture at the top of this page was one I took in Gaziantep. A few weeks of the year you can generously call this little stream a “River”. At the driest point of the year you could walk across from one side to the other without even breaking stride. Most of the year it is somewhere in between. In that way, this little stream in Gaziantep is not that much different from the Zarqa River that Jacob crossed to wrestle with God. It is also like it in that I have gone to a spot about a kilometer from the picture above to do some wrestling of my own. There was an area in the park where the trees hid a small patch of grass right by this stream from the rest of the park. It was a small piece of privacy and nature right in the middle of a city of 1.5 million people. It was also a spot where I would occasionally stumble across a couple teens holding hands and cuddling away from their parents’ eyes. When I would sit down next to them and start taking off my shoes to dip my feet in the water they would always scurry off to some other place. I’m not sure if it was just my adult presence or the smell of my socks in the +100 degree summer weather.

Getting back on track… where was I, anyway? Oh yeah. I called that little spot my River Jabbok. Everywhere I live I like to have a spot like that. Back in my college days, it was a little past the far side of the pond where they used to throw guys who just popped the question. (If and only if the girl said yes.)  In Binghamton, it was a short distance north of Confluence Park. This was where I took the photo for my old TRW logo here on the right. It was at that “River Jabbok” that I first had the idea for this devotional. Thousands of hours of writing, eight years, and six hundred thousand some odd views later… here we are.

React: A Jabbok River location is not just somewhere I would go to pray. It wasn’t where Jacob went to do his daily devotions. It was where he went to wrestle with God when his life was on the line. He had just uprooted himself and his family from the place they had been living for decades to head back home. As he was getting close, he was starting to get second thoughts. He was remembering why he had run off in the first place. And if he needed any reminders, his brother was now coming to “greet” him along with an army of 400 friends. Jacob fully expected to be attacked and likely killed in the near future. He went to wrestle with God because his heart was in turmoil.

A River Jabbok encounter isn’t something we should take casually. II think of it more like the type of encounter that birthed the legend of Honi the Circlemaker. He knew that if God didn’t intervene the drought was going to kill everyone. So he made a circle and said, “I am not leaving this spot until You, God, send the rains.” A River Jabbok encounter is when we say to God, “I am at the end of my tether. You’ve got to do something because I’ve got nothing left.” The River Jabbok is where we go when we fully expect a change. For Jacob, that change was a new name and a lifetime limp. The question is not if we need a River Jabbok encounter in our lives. At some point, all of us will. All of us do. The question is, do we dare risk such an encounter knowing that our lives, once God shows up, will never again be the same. God loves us enough to meet us wherever we are. But He also loves us too much to let us stay the way we are.

3 thoughts on “The River Encounter”