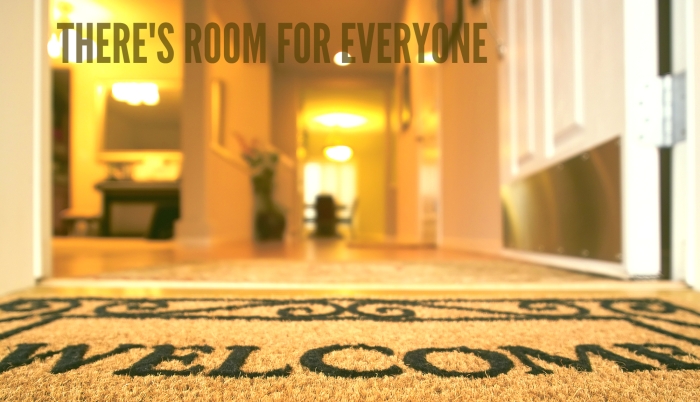 This is a record of the ancestors of Jesus the Messiah, a descendant of David and of Abraham… (Matthew 1:1)

Relate: I have to admit, I’m not a big fan of lists like the one with which Matthew starts off his gospel. My grandmother and great Aunt were big on our family genealogy, but my eyes would glaze over when they got going. I mean, I’m proud of who I am and where I come from, but how much does the fact that I’m related to the shortest woman who crossed over on the Mayflower really matter?

In Matthew’s list, he picked and chose who to put in so that it would nicely fit his three sets of fourteen generations. That said, you would think that he would have selected a few different others instead. If we are going to talk about Jesus’ pedigree, do we really want to top the list off with incest? (Abraham and Sarah share a dad but have different moms.) Drop down to the next two names and you have a picture-perfect case of a dysfunctional family. You’ve got Isaac who plays favorites but even still can barely tell his own kids apart. Then you’ve got Jacob who cheated and stole from his brother (with mom’s help) and then had to run away when that brother wanted to kill him.

We’re not off to a very good start, but it must get better, right? Nope. The next name up is Judah who slept with his own daughter-in-law. To be fair, at the time he only thought she was a prostitute. It was only when he found out that she was pregnant with the fifth and sixth names on the list that his… “oops”… became fully realized. The next few names on this list were all slaves from birth to death. So let’s skip down a bit to David. King David, he’s a pretty famous and good guy, right? Just in case we might get caught in that misconception, Matthew pairs his name with the woman he had an adulterous affair with and the man he murdered to cover up said affair. Then there’s the child of that affair, Solomon, who took polygamy to a whole new level. He could sleep with a different woman every day for three years and still not work his way through all those wives and concubines.

Solomon’s son was probably the biggest screwup ever. David and Solomon had spent decades of warfare (David) and political intrigue (Solomon) to build the kingdom to the greatest Israel would ever be. In just a couple days, Rehoboam manages to send the whole thing crumbling to the ground. Scrolling further down, you’ve got a man who spent his final years as a leper. Then a few names later you have arguably the most wicked man in the entire Old Testament (Manasseh).

Unlike most such lists of this time, Matthew chose to include four women in his genealogy. The first one pretended to be a prostitute to sleep with her father-in-law. The second one was a prostitute. The third… at best, she was a victim of David’s lust and greed. More likely, she was a willing accomplice in the adultery and murder that followed. The fourth one is often held up as a paragon of virtue, but she certainly would not be so in modern America. She was a foreign refugee who had crossed borders after already being told to go back home. We build walls to keep people like her out.

React: I am so glad that the Bible does not look at the people in it with rose-colored glasses. One of the biggest surprises many Muslims would have when I am talking with them is that I openly acknowledge the faults and flaws of the prophets and patriarchs who I look up to. The fact that they are flawed and yet forgiven means that I can be too. Matthew purposely included such names on his list of Jesus’ ancestors. He did not just come to save imperfect people. He became one of us. Although sinless, Jesus was poor. He was a refugee. He was very likely an orphan at some point in his teen years. And he had a family background that was as shoddy as one could get.

I don’t know what your 2020 looked like, but if it was anything like mine there were probably just as many failures as successes. There were probably as many failures as triumphs. I am no longer in Turkey and I possibly will never be able to go back. COVID took my job and my country away from me. But I’m just one among many who suffered a rough year. But then Jesus came…

In Galatians, Paul said that when the time was just right, Jesus came. At just the right time he is still coming. No matter what your past year might have looked like… No matter how desperate or bleak your current situation is… No matter how poorly you have failed in this past year, it is time to start over. Jesus is still in the habit of showing up right into the middle of our mess at just the right time. Would you let him in to start off this new year in a new way? There’s room for you in his family. Considering the list of those already in it, there’s room for everybody.

In The Beginning… God

And It Was Good

6 thoughts on “There’s Room For Everyone”