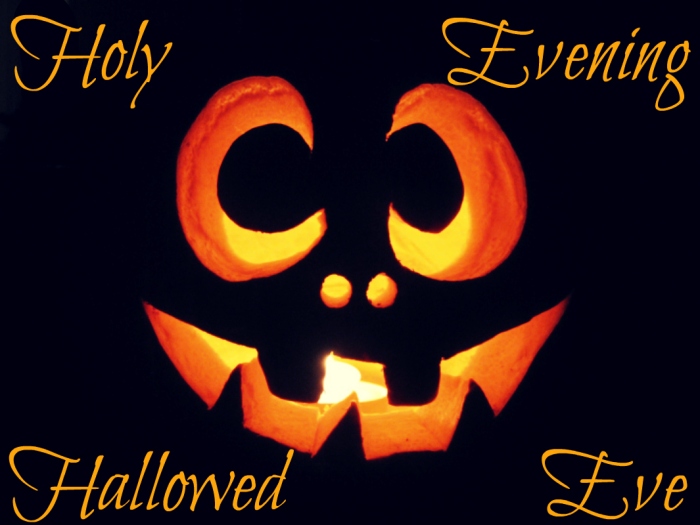 You gave them authority over all things.” Now when it says “all things,” it means nothing is left out.
But we have not yet seen all things put under their authority. (Hebrews 2:8)

Relate: I am writing this from Turkey, but I do understand that almost 60% of my readers are American. Well, in case you were living under a rock in America or are part of the 40% reading this from somewhere else in the world I have an important announcement: Today is Halloween. That means it is devil’s day… right? Its the day everybody does scary things and glorifies vampires and witches and demons. All the satanists are going to be out tonight performing their evil rituals under the moon… right? When you look into Halloween’s past, it is clearly the most evil, occultic, wicked day… right? No God fearing Christian would have anything to do with Halloween… right?

The devil doesn’t get a day. All things are under our authority. This isn’t a day we should cower in fear. This isn’t a day where we should hide ourselves in our homes with the lights off or cloister ourselves in our churches cut off from culture. This day belongs to God. The potential for good today is huge if only we take hold of it. All things, even Halloween, are under our authority, even if it doesn’t seem like it. I can only imagine how frustrated the devil must feel with the fact that a day that supposedly belongs to him is a day of community. Parents spend time going out with their children to meet their neighbors who in turn say nice things and give gifts to the kids. The opportunity is so rich… if only we grab hold.

React: So what are you going to be for Halloween? Me, I’m going to be a Christian. I’m going to be a good neighbor and a good coworker. If I were still in America my light would be on and I would be handing out candy to kids while striking up conversations with adults. Even here where they are like, “Halloween… what’s that?” I will still make an extra effort to find a way to be an encouragement to kids while building a relationship with their parents. This day does not belong to the Devil. It belongs to God. And He has given us authority over it.

Dear God,
Help me to take advantage of the opportunities that will be so rich today. Help me to use this day to plant seeds and show love to my neighbors. Help me to redeem the day rather than hide from it. Help me to be more like You, abandoning the comforts of the Kingdom to advance the cause of the Kingdom. Help me to live in the authority You have given me.
Amen