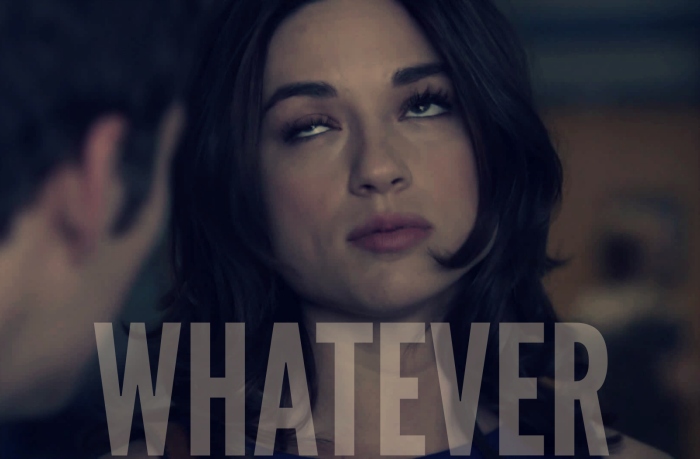 The Lord replied, “Don’t say, ‘I’m too young,’ for you must go wherever I send you and say whatever I tell you. (Jeremiah 1:7)

Relate: How rebellious were you during your teen years? I have to say that I am just as guilty as pretty much everybody else who ever lived through this stage of life. At the time I didn’t think much using it myself but now that I occasionally hear a sarcastic “whatever” being used at me, it bugs me to no end. Have you ever used it? It is the one-word argument ender that wins nothing. Seriously. Whatever.

What the person using it really means is “I am conceding the point because you control my allowance and the car keys but you and I both know you are still wrong.” Or if it is used in a relationship: “You haven’t convinced me one iota but it isn’t worth my time and effort to get the truth to penetrate that thick skull of yours.” Then there’s that “whatever” that is being used in the workplace: “You are the boss and you write my paycheck and so I’ll do it your way even though we both know it is still going to fail.”

When someone throws a “whatever” my way, there’s this urge deep down to say something along the lines of, “No. You’re not convinced. Stay right here and hash this thing out until I’ve managed to convince you.” But then again, if they did stay there and we are getting nowhere in this conversation, and I have other things on my agenda, I just might be tempted to throw out a “whatever” of my own. It is an argument ender that allows me to hold on to my ever-so-sinful pride.

React: God, pre-empted Jeremiah’s potential use of the word. Jeremiah complained that He was too young and God came right back at him with what sounds to me an awful lot like a typical “parent” response. “Don’t say you are too young. You’re gonna go wherever I send you. You’re gonna say whatever I tell you. I’ve spoken and that’s the end of it.” It sounds a bit like, “I put this food before you, you’re gonna eat it and you’re gonna like it. End of story.”

As fun as it is to dissect this exchange and look at it from perhaps a different angle than we are used to, we can’t really get too hard on Jeremiah. At least I can’t. How often do my excuses before God spiritually sound like nothing more than a petulant teenager? How often are the reasons I line up for not obeying all come down to those three things every child likes best: 1)Me 2)Me 3)Me. How often has God needed to put His foot down and say to us something along the lines of, “You’re gonna do this and you’re gonna like it!” How often after I finally dragged my feet into obedience have I found out that, just like my parents, He was right?

Dear God,
I don’t know why I continue to insist that I already know everything. I don’t know why I continue to hold on to my pride even when I’ve dug myself into such a deep hole that I can’t even see the sky. For all those “whatevers” that mean everything but, please forgive me. For all those times I have to be dragged into obedience kicking and screaming, forgive me. Until I learn more humility please continue to drag. You do know what is best for me. Your “whatever” is better than anything else everyone else could ever possibly offer.
Amen