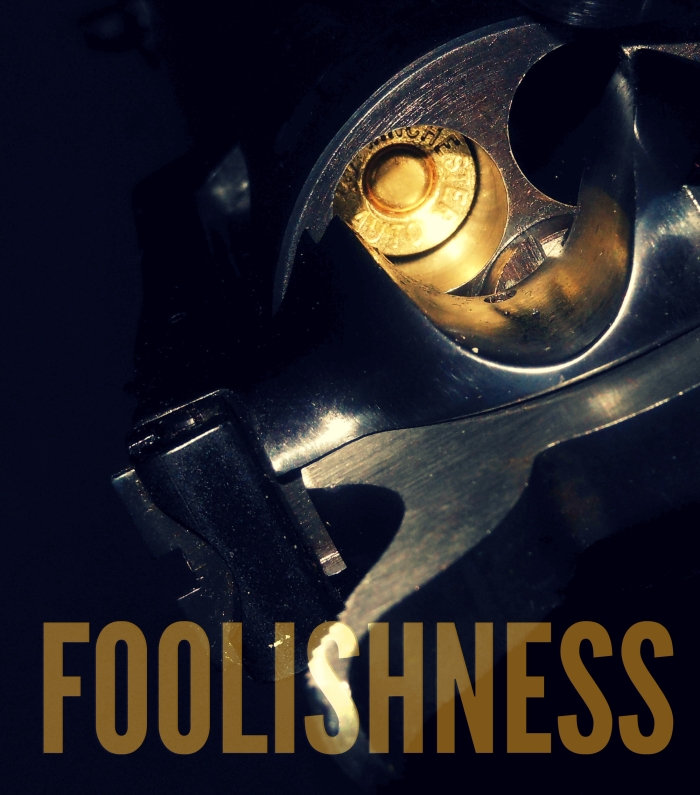 You were running the race so well. Who has held you back from following the truth? It certainly isn’t God, for he is the one who called you to freedom. (Galatians 5:7-8)

Relate: Have you ever heard of the Darwin Awards? It is a tongue in cheek type award for people who die in ridiculously stupid ways. They are called “Darwin” awards because, by removing themselves from the gene-pool, these idiots have supposedly raised the overall intelligence of our species. The Darwin awards do make for some fun reading when I need to kill a little time and one of my all-time favorites goes to Tamera Batiste. Apparently, Tamera was getting into a heated argument with her boyfriend while they were driving down the highway. I am sure it wasn’t the initial source of the argument but at one point she yelled for him to drive faster but he refused. She complained that she could walk faster than he was driving. When her poor harassed boyfriend called her out on her insane exaggeration, Tamera decided to hop out of the truck to prove her point. Normally, it is quite difficult to step out of a car going about sixty-five miles an hour down the highway. Miss Batiste found her situation to be no exception and she did not survive the exit. Thank you, Tamera, for removing yourself from the gene pool.

If I were to say “Russian Roulette” how many of you reading this would have no idea what I am talking about? My guess is that it wouldn’t be many. The game is common enough that most of you probably knew exactly what I am talking about. The thing that gets me, how many people have to be stupid enough to actually play the game in order to keep the idea in our common psyche? Then again, is it any less stupid for someone to get behind the wheel of their car when they are clearly inebriated? That is more like playing Russian Roulette with a barrel pointing at multiple heads at the same time. This year, more than one in four Americans under the age of twenty-five will be stupid enough to play Russian Roulette by driving drunk. Most of them on a regular basis. Clearly, we need a much more thorough culling of the gene-pool.

React: It is easy for us to sit back and laugh at how stupid Tamera can be to hop out of a car that is racing down the highway, but how often have I said or done something incredibly stupid (but perhaps not so lethal) in the heat of an argument? It is easy to point our fingers at people who would be stupid enough to play Russian Roulette by getting into a vehicle when drunk. How many times have I acted stupidly while convinced of my own invincibility? Even when not doing so in the material world, every time we sin, are we not doing the same? Are our sinful addictions not a form of playing Russian Roulette with the grace of God? Are we not giving up our freedom that came at such a high price only to become enslaved again in our sin? God forgive me for my stupidity that I think I can get away with simply because no one else knows. Help me to recognize that my habitual sin is more spiritually dangerous than jumping from a moving vehicle. Help me to shut the door on such temptations that ensnare me in the heat of a foolish moment.

Dear God,
I want to run the race well, and continue running the race well day after day until I have crossed that finish line. All too often, my own stupidity keeps taking me off course. My own stupid passions, in the heat of an unguarded moment, drag me down. Help me to remain “sober and vigilant” against these moments. Help me to walk in holiness without falling into legalism. Help me to run, passionately and faithfully, hard after You.
Amen