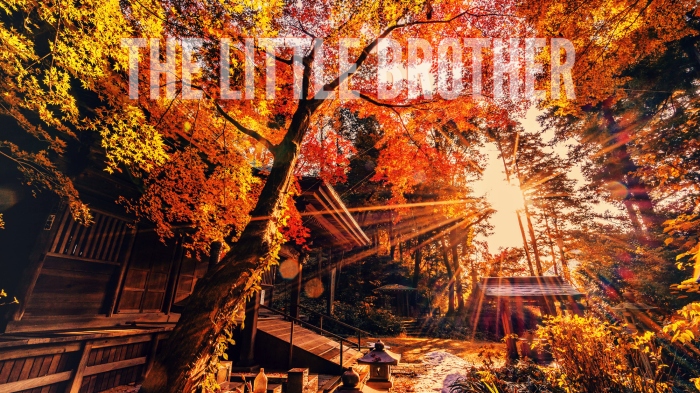 This letter is from James, a slave of God and of the Lord Jesus Christ. I am writing to the “twelve tribes”—Jewish believers scattered abroad. Greetings!
James 1:1

Relate: She never does anything wrong. It just isn’t fair. Even on those rare occasions when she is less than perfect, I am the one who gets blamed for her mistakes. After all, it is expected of me, but her? Never.

OK, perhaps I exaggerate a little… a lot. But this really truly was how I thought quite frequently growing up. They say the oldest sibling tends to be the responsible one. I was the second child. Apparently, there is a diagnosable syndrome for this. I guess that means there’s also some medication to combat it, counselors who specialize in it, and who knows… maybe I am eligible for some affirmative action type benefits? Where do I sign up?

But seriously, when you look at it analytically, I am supposed to be the smart one. I read the entire Chronicles of Narnia in kindergarten and made it through the Bible in a year for my first time when in first and second grade. It wasn’t just English. I was making my own baseball cards before reaching double digits and without a calculator, I could tell you while a baseball game was still live what a hit or popout would do to the hitter’s Avg and the pitcher’s ERA. If you were to look at my report card you would think I was an idiot. Up until tenth grade, I did just enough to pass and that was about it. I prided myself on not doing a single homework assignment the entire eighth grade. In ninth, I slept through my advanced math class with a 50 something average, then opened up and taught myself the entire textbook the day before my final. Got an 89.

On the flip side, my sister was a straight-A student. She didn’t need to be told 100 times that it was her day to do dishes, or that it’s Thursday and the trash needs to go out. Mom and dad never had to wonder if she was going to be late coming home from school because she got another detention. She wasn’t the one who gave them grey hairs. She wasn’t the one who bought a PO address and registered it at the school so that all letters home to the parents could be intercepted and pre-approved. And there was no point in me trying to be diligent, or studious, or responsible. She had that market covered.

React: Maybe you’re not a second child like me. Maybe you never wondered about James. For me, I think this poor guy ought to be the most pitied guy in the entire Bible. I thought I had it bad growing up in Krista’s shadow. But poor James. He grew up in the shadow of Jesus. Yes, the Jesus. My sister was a perfect little angel, but his big brother was God incarnate. How do you deal with that?

Is it any wonder that his epistle is considered to be the “works” epistle? This letter, written roughly a dozen to fifteen years after the death and resurrection of Christ, is the one Martin Luther had serious doubts including in the New Testament because it was the faith/works connection that was emphasized, not the faith/grace connection. James saw what Christlike living looked like when applied to the mundane of a daily routine. After all, can anyone be more Christlike than Christ? I would like to believe Mary and Joseph were pretty good parents and tried their best to avoid the comparison game. I doubt James heard often, “why can’t you be more like Jesus?” from Mary. But the neighbors? His own thoughts? No matter how good they are, the comparison is still there. And as hard as it was to live with, it changed him. After at least a couple dozen years walking in the shadow of Jesus, James became known as “James the Just” (or righteous). Even though there were twelve men that Jesus poured his life into for the three or more years of his ministry, it was James who became the leader of the Jerusalem church. He was the one who wrote, “Faith, if it isn’t lived out, is dead”. For nearly thirty years he saw it lived out. And as much as I pity him for it… I’m also a little bit jealous.

Dear God,
Help me to spend so much time with you this coming year that it cannot help but come out in the life I live, the words I speak, and even the way I think. I do not have the weighty privilege of growing up in your shadow as James and his brothers did. But I have Your scripture, I have Your Spirit, and I have Your Church. All three reveal You to me if only my eyes are open to see. Help me to spend so much time with each in this coming year that Your justice and righteousness flows out of me just as it did James. Let my time spent with You impact every minute of every day of 2019.
Amen

3 thoughts on “The Little Brother”