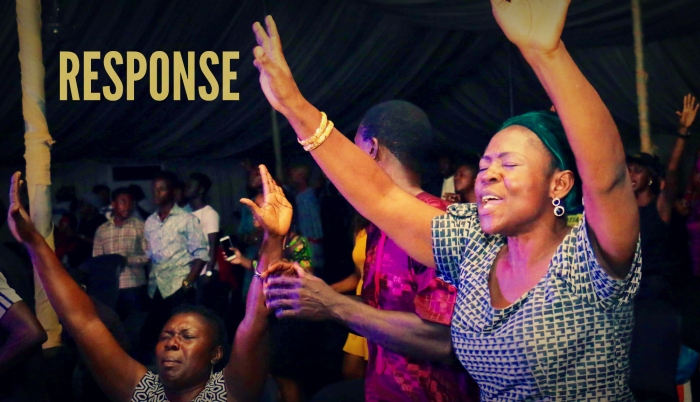 The joyful shouting and weeping mingled together in a loud noise that could be heard far in the distance. (Ezra 3:13)

Relate: Have you ever been to an event or moment in time where the reaction from the crowd was loud and emotional but mixed? I am a Yankees fan and whether you like them or hate them, one thing nobody can doubt is that our fans travel well. When we are playing the Phillies or Orioles or even somewhere along the West Coast, it is not an uncommon thing for a significant portion of the crowd to be Yankees fans. In Fenway Park, we carry such a presence that even when the Red Sox are playing someone else you will often randomly start hearing the chant, “Yankees suck, Yankees suck…” So whenever the game is over and my Yankees are on the road, no matter who wins or loses “The joyful shouting and weeping mingled together in a loud noise can be heard far in the distance.”

But this isn’t the image that comes to mind when I read those lines. I don’t care if it is the Super Bowl, World Series game seven, or even the World Cup championship game, the emotional response at the conclusion of such an event just can’t reach the level I imagine was felt when the new Temple foundation was laid. Sports are sports, they aren’t life.

When I try to picture the emotional noise and atmosphere that probably permeated the event, a completely different picture comes to mind. I went to and later worked at a church summer camp every summer for years. Every summer around this time of year in August a couple hundred teens from all over NY would get together to eat terrible food, play crazy games, fall in and out of love in a couple days time, combat legions of mosquitoes, and at night pack into a chapel, that wasn’t climate controlled to encounter God. Nearly every night, without fail a vast majority of the students would flood the front at the end of service for a time of prayer. It is this altar time at the end of camp, or other similar type events that I think of when I hear Ezra speak of the response to the worship service inaugurating work on the new temple. Just like at one of those camp meetings, some people are singing out for joy, others are weeping in sorrow, but everybody is responding.

React: During those camp meetings, some kids would go up and cry every night. They weren’t the ones I was worried about. God was doing something in their hearts. Others would go up and laugh, others would just sing. Some would go up and after a minute or two they would end up praying for others the whole time. As long as men were praying for men and women for women, this was no cause for concern. The kids that worried me the most wasn’t anyone up front. What worried me were the ones who would sit in the back, acting bored until the snack shop opened and they could leave. How can they come so close to encountering the presence of God and not enter in?

I’ve heard it said, and agree, that the opposite of love is not hate. The opposite of love is apathy. Love and hate both engage the emotions. Apathy demonstrates a lack of concern. Laughter and weeping are both therapeutic. There is a need for both in our lives. When God begins moving on my heart, sometimes it is appropriate to weep and other times to laugh. Each can be right. What is not right is an attempt to shut down my emotions and tune out that voice when the Holy Spirit is speaking.

Dear God,
Let me respond to You. When You move in my life, don’t let me fight the tears. Don’t let me stifle the laughter. Don’t let me bury the emotions or the passion because of fear of what those around me might be thinking. Give me a greater and deeper and bolder and more expressive passion for You. I want to want You. Move in and through me however You see fit.
Amen