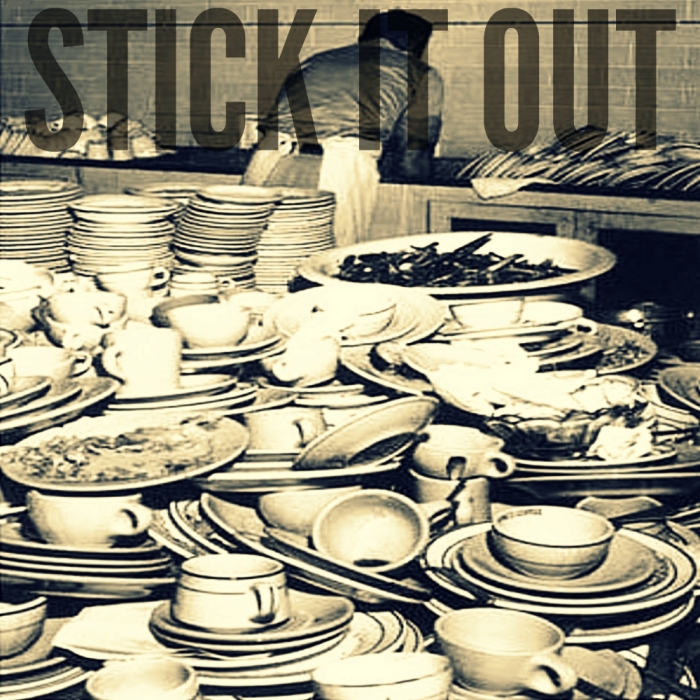 If your boss is angry at you, don’t quit! A quiet spirit can overcome even great mistakes. (Ecclesiastes 10:4)

Relate: I was working as a waiter. It was a Friday night. It was Valentine’s Day. For anyone who has ever served in the food service industry, I probably don’t need to say anything more. The details of my story might be unique, but you have been there. Knowing the verse and those first three short sentences, you could probably write the rest of today’s devotional yourself. For the rest of you, first of all tip your servers generously. Very generously.

The front of the house, that area the customers could see, was all great food, roses, smiles, and love in the atmosphere. The back of the house, well, it was about as calm and serene as a ship at sea, during a hurricane, on fire, sinking fast, while rats are nibbling away at the sailors feet. We had a manager who did not deal with chaos well. Like throwing water on a grease fire, he was “doing his best” to reign in the chaos all around him.

One of my tables wanted their pasta with our multi-grain noodles. About five minutes after ordering, someone runs me down to let me know that the kitchen doesn’t have anymore. I go back to my table and they say that’s fine, they will have the regular vermicelli. A couple minutes after that I am told they are also out of regular verm. Before returning to the table I do the reasonable thing and go back to the kitchen to find out exactly what they do and do not have. When I ask one of our cooks, this manager frantically starts yelling me to only speak to him and he will speak to the cooks. If he had his… business… together this would have been a reasonable demand. As it is, I give him my best, “You can’t possible be serious” look and then turn to ask my question to the cook again. This is too much and he starts yelling at me to get out of the kitchen. I turn, “Would you just shut up so I can hear her answer?”

Now he is yelling at me that I am done. I need to turn in my cash out and go home. Don’t even bother coming beck tomorrow… As I am hearing this in one ear, the other is getting the cook’s answer. I take it out to my customers. Then I continue on with my shift as though my manager was not demanding I leave, right in the middle of a weekend Valentine’s rush. I think every other employee working that shift thanked me that night for not leaving. The next day when I showed up for work, I sat down with my general manager. He signed his name to the write up I had earned. I did the same. Then he also thanked me for not listening to the assistant manager’s crazy demand.

React: Honestly, my reasons for staying weren’t the most noble. I didn’t do it to help everyone else out, no matter what they might have thought and I said. No, there was far too much money to be made to leave early. No matter how frustrated I might get, no matter how much trouble I might be in, no matter how much a very large part of me would have loved the excuse to just pack it in right at that moment, I knew that I had to stay.

Sometimes life is going to get a little crazy. Sometimes the potential consequences of stupid things we did or said are going to be looming large in our worries. Sometimes it is going to feel as though things have been broken and ruined beyond repair. Sometimes leaving and not looking back will feel like the easiest and best decision we could possibly make. Stick it out. It might be an angry employer, a hostile friend, or a hurt spouse. Stick it out. There might be lumps you have to take. There might be a lot of healing, restoration, or even counseling coming up because of things said and done. Stick it out. Do not, ever, allow the snap decisions made in a heated moment destroy your future.

God, I know that there are times when I have said and done things that are worse than stupid. I have made mistakes and spoken words in the heat of the moment that should never have happened. I have hurt people. I have broken trust. Forgive me. Give me also the courage to man up and seek forgiveness from those I have hurt. It may be hard, it might take far more time and be far more humbling than I would wish. Give me the strength to stick it out. Let me be a minister of reconciliation at my workplace, my home and in my relationships. Let me shine You, even, especially, after I have failed You in the foolishness of the moment.